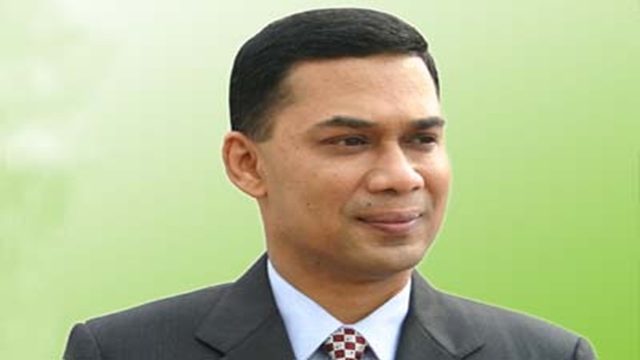 State Minister for Foreign Affairs M Shahriar Alam has said Tarique Rahman, now acting chairman of BNP and living in London, surrendered his nationality by handing over his Bangladesh passport.

“How does he play the role of BNP’s acting chairman? He rejected Bangladesh nationality by surrendering his green passport,” he said.

The State Minister made the remarks while addressing a reception hosted by the UK Awami League in honor of Prime Minister Sheikh Hasina in London.

Tarique Rahman has been living in London for the last nine years.

Convicted in two cases, Tarique Rahman does not have any valid Bangladeshi travel document as of now as he had handed over his passport to the UK Home Office almost four years back.

The UK Home Office returned his passport to the Bangladesh High Commission and Tarique does not have any valid document to return home unless he decides to apply for a new passport, says a diplomatic source.

Tarique Rahman, facing over dozen of cases, was sentenced to seven years’ imprisonment and fined Tk 20 crore by the High Court in a money laundering case in 2016.

He was also convicted along with his mother Khaleda Zia in the Zia Orphanage Trust case where he was sentenced to 10 years’ rigorous imprisonment and fined Tk 2.10 crore.