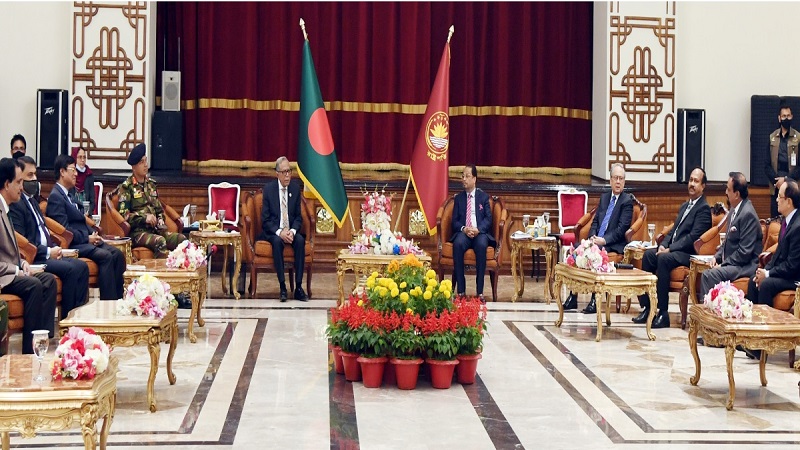 President Abdul Hamid on Monday started a dialogue with the main opposition Jatiya Party in Parliament to discuss issues relating to the reconstitution of the Election Commission.

The five-year tenure of the incumbent Commission, led by Chief Election Commission KM Nurul Huda, will expire on February 14 next.

Now there are 39 registered political parties, according to the EC website. But only nine parties have representation in Parliament.

In December 2016, President Abdul Hamid had a series of talks with the registered political parties over the EC’s reconstitution that began with the first meeting with a delegation of BNP.

The search committee sought five names from every political party. The committee later submitted 10 names before President Md Abdul Hamid to appoint CEC and election commissioners among them.

The president finally formed the present commission-headed by KM Nurul Huda. Then the CEC and other commissioners took oath on February 15, 2017.

As per the constitution, the EC should be formed under a law, but this law has not been enacted yet in Bangladesh.

The new election commission will have to arrange the 12th national election within November 2023 to January 2024.