US Envoy congratulates on all inclusive KCC polls 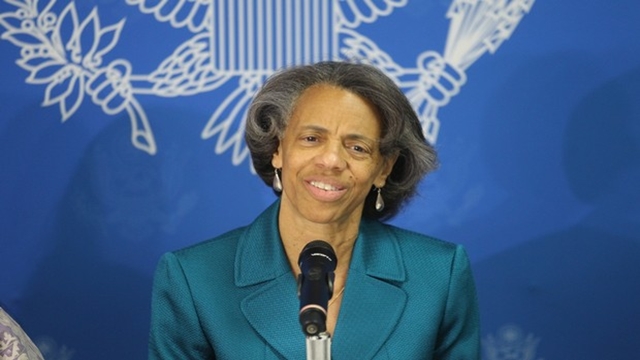 The US Embassy in Dhaka congratulated all the parties on making the elections inclusive.

However, the United States has expressed disappointment over alleged irregularities and intimidation in Tuesday’s Khulna City Corporation polls.

US Ambassador in Dhaka Marcia Bernicat made the observation on Wednesday saying it is very encouraging that a wide range of political parties participated in the polls.

In a message, the US ambassador congratulated all the aspirants in the election.

She encouraged all parties to stay with the boundary of the rule of law in the future elections as pledged.

The US envoy was speaking to reporters at the Ministry of Foreign Affairs after her hour-long meeting with Foreign Secretary M Shahidul Haque.

Meanwhile, the United Nations at its regular briefing on Tuesday reiterated its call for holding free and fair elections in Bangladesh.

However, BNP alleged that the KCC elections were marred by irregularities, including ballot stuffing and driving out polling agents of the rival group while ruling party criticised BNP for misleading people and asked the party to take a lesson from the Khulna City Corporation elections.