‘Muhith to retire in Dec’ 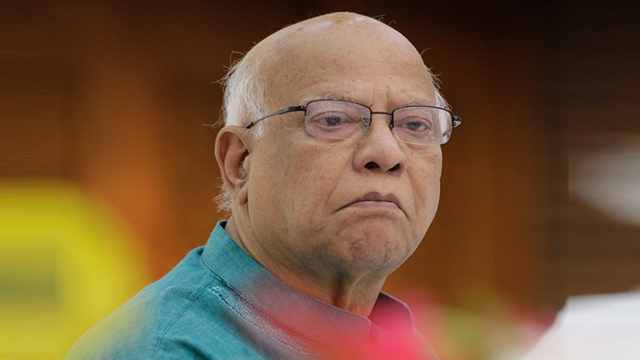 Finance Minister Abul Maal Abdul Muhith has said he will retire from politics in December this year.

He made the announcement while addressing the annual general meeting (AGM) of the state-run Agrani Bank at Le Meridian Dhaka on Saturday.

“Today I’ll talk about my retirement rather than the country’s banking sector as a former president (Badruddoza Chowdhury) has urged the Prime Minister to rethink about two ministers of which I am one,” he told the AGM.

“So I’m now talking about my retirement. Well. I’ll retire in December, around 10 months away from today,” Muhith said.

Muhith, as a finance minister, led 10 budgetary process of the country and was given the ‘Independence Award’ in 2016 for defecting to Bangladesh government while working with the Pakistan embassy in the United States in 1971.

A Dhaka University English Literature graduate, Muhith later studied at Oxford and Harvard while in service during the Pakistan period.

He retired from the service in 1981 and worked for Ford Foundation and International Fund for Agricultural Development (IFAD) as a consultant before entering politics.