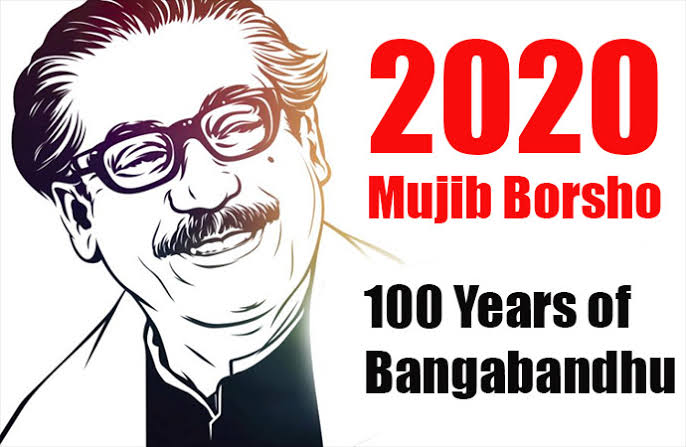 Today is March 17, 2020 — an auspicious day for all Bengalis. Iconic leader Bangabandhu Sheikh Mujibur Rahman was born on this day a hundred years ago to give birth to a nation called Bangladesh.

A grateful nation is all set to celebrate the birth centenary of Bangabandhu in a befitting manner, remembering his life and struggle for the creation of Bangladesh.

Father of the Nation Bangabandhu Sheikh Mujibur Rahman is a towering figure of the country’s history. Mujib means Bangladesh. He will ever remain in the hearts of millions of Bengalis.

Mujib is the symbol of great courage. He is the greatest Bengali of all time as Bangladesh emerged as an independent state because of his dynamic and visionary leadership.

On this day in 1920, Bangabandhu Sheikh Mujibur Rahman was born into a respectable family at Tungipara in Gopalganj.

The day which is a public holiday will also be celebrated as the National Children's Day.

The government declared the period from March 17, 2020 to March 26, 2021 as the 'Mujib Borsho' marking the birth centenary of Bangabandhu. Along with Bangladesh, the 'Mujib Year' is being celebrated globally with the initiative of UNESCO.

World leaders were supposed to join the inaugural ceremony but they can’t. The government has revised the programme schedule in the wake of detection of coronavirus cases in the country.

Bangabandhu led the nation in every movements, including the Language Movement in 1952, Jukta-Front Election in 1954 and Movement against Martial Law in 1958, the Six-point Movement in 1966, the Mass Upsurge in 1969 and the General Elections in 1970.

World leaders acclaimed Bangabandhu as a unique leader. With the trademark pipe in his hand, he looked more impressive than any other world leaders.

Eulogizing Bangabandhu, Cuban leader Fidel Castro in 1973 said he had not seen the Himalayas but seen Sheikh Mujib.

“In personality and in courage, this man is the Himalayas. I have thus had the experience of witnessing the Himalayas,” he said.

Making a walk down the memory lane, Manipur and Jharkhand former governor Ved Marwah wrote: “I have met many charismatic personalities during my service career, including Jawaharlal Nehru, Indira Gandhi, Rajiv Gandhi and many world leaders, but I must say that among them he (Sheikh Mujib) was the most charismatic personality I had met.”

Famed Egyptian journalist Hasnein Heikal wrote, “Nasser is not simply of Egypt and the Arab world. His Arab nationalism is the message of freedom for the Arab people. In similar fashion, Sheikh Mujibur Rahman does not belong to Bangladesh alone. He is the harbinger of freedom for all Bengalis. His Bengali nationalism is the new emergence of the Bengali civilisation and culture. Mujib is the hero of the Bengalis, in the past and in the times that are.”

In his massage, the President urged all to spread the principles and ideals of Bangabandhu from generation to generation and build a courageous, selfless and idealistic leadership for the country.

The Prime Minister in her massage said, "By formulating and implementing our Vision-2021, Vision-2041 and Delta-2100, we've been working tirelessly to build a hunger-poverty free developed -prosperous Bangladesh as envisioned by the Father of the Nation."

She urged the people of the country to be determine for transforming the country into a safe and peaceful home for the next generation.

"In the birth centenary of the Father of the Nation Bangabandhu Sheikh Mujibur Rahman, let us all resolve to take Bangladesh to even higher height in the international arena," Sheikh Hasina said.

Both the President and Prime Minister will pay homage to Father of the Nation by placing wreaths at his grave at Tungipara today.

Different socio-cultural and political organisations, including Awami League and its associate organisations, have chalked out programmes to mark the day.

The ruling Awami League starts the day hoisting of party flags atop all offices of the party across the country and Bangabandhu Bhaban at 6:00am and placing wreaths at Bangabandhu’s portrait at 7:00am.

Besides, a delegation of AL central working committee led by party president and Prime Minister Sheikh Hasina will pay homage to Bangabandhu by placing a wreath at his grave at Tungipara in Gopalganj.

Special prayers will be arranged at all religious institutions across the country while food will be distributed among the orphans and poor on the occasion.

Firework display will be held simultaneously at 8:30pm across the country, including at historic Suhrawardy Udyan, Bangabandhu Bhaban and AL central office on Bangabandhu Avenue.

The organisers selected Suhrawardy Udyan for the inauguration of the Mujib Year with fireworks due to its historic importance as Bangabandhu had delivered his momentous March 7 speech that lead to the Liberation War and birth of Bangladesh.

The day will also be celebrated at Bangladeshi missions abroad.

State-owned Bangladesh Betar and Bangladesh Television as well as private TV channels and radio stations will air special programmes, highlighting the significance of the day.

National dailies will also publish special supplements on the occasion.