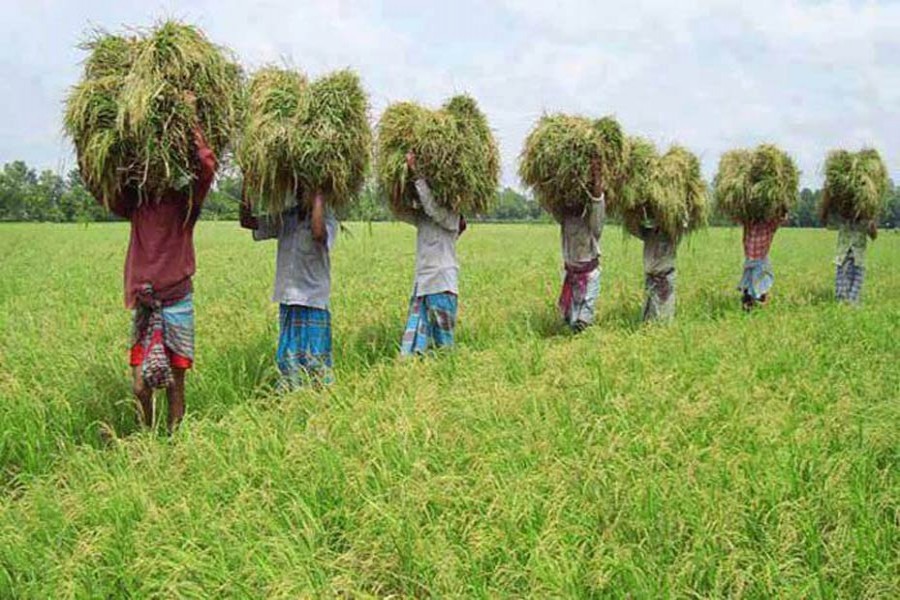 With the Boro cultivation at its fag end, helping the farmers in the final phase of farming as well as ensuring fair price of the produce have assumed critical importance. At this time of countrywide shutdown with no mobility for labourers from one place to another, harvesting the paddy, reportedly a bumper production this year, is also a major concern. The government's stimulus package that among many important moves also provides for funds on easy terms for farmers needs to be immediately geared up lest despite the good crop, farmers are left in the lurch. More importantly, given the urgency of food security in the days ahead in the post-Covid times, all out efforts must be in place to facilitate farmers at this stage of Boro cultivation and harvesting.

Reports in the media say the authorities are more focused on the next crop Aush to facilitate with credit, subsidised fertiliser and irrigation and not on Boro as its cultivation is almost over. Experts, however, disagree on this arguing that many Boro growing areas in the country, where the crop comes a little late, need support, particularly irrigation. Except for the haor region in Sylhet division, where Boro harvest has already begun, the Boro paddy fields in other parts of the country are still in need of irrigation and pesticide before the crop is harvested late next month, according to officials of Department of Agricultural Extension (DAE) and Bangladesh Rice Research Institute (BRRI). This being the case, there is a definite need to facilitate farmers with irrigation. Had the facilities been in place from the beginning of April, it could have helped many small and marginal farmers from bearing the brunt of exorbitant irrigation costs.

In view of the country's reliance on Boro, and the fact that farmers in many regions are still in need of irrigation, the agriculture ministry should do well to work out a quick mechanism on how to address the needs of the farmers right now. In this context, it may be noted that although several months back the government initiated a move to provide agricultural tools including harvesting equipment to the farmers at half the prices, there has not been any considerable headway. So, in all fairness Boro cultivation and harvesting deserve very high priority. Poor agri-mechanisation has posed a fresh challenge to the current Boro crop harvest due to labour scarcity in the wake of the Covid-19 pandemic.