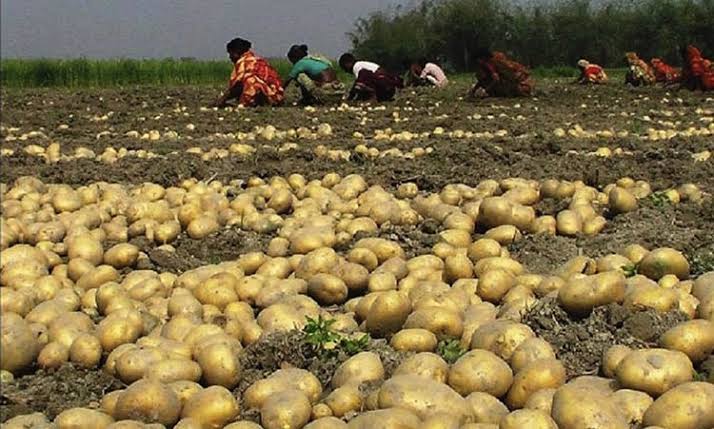 Agriculture Minister Dr Mohammad Abdur Razzaque on Saturday put especial emphasis on use of developed seeds to boost potato production and export of the country.

The minister said it as a chief guest at a cheque giving ceremony for potato seed growers at Dhanbari in Tangail, organised by the Bangladesh Agricultural Development Corporation (BADC), through video conferencing.

He said to benefit both farmers and the farm economy, the country will have to export the 3.0 million tonnes of surplus potatoes to 4.0 million.

The minister inaugurated the ceremony where 175 farmers were provided cheques amounting to Tk 29 million who developed quality seeds for the state-run BADC.

The farmers developed 2,200 tonnes of breeder seeds for the BADC run Maloti Cold Storage in Dhanbari under the Quality Potato Seed Production, Preservation and Distribution Among Farmers' Project of the Corporation.

He said we have 3.0million to 4.0 million tonnes of surplus but export is still below 50,000 tonnes.

We can't export in huge quantity for lack of suitable varieties, he said.

He said farmers should produce potatoes which have demands in the global market.