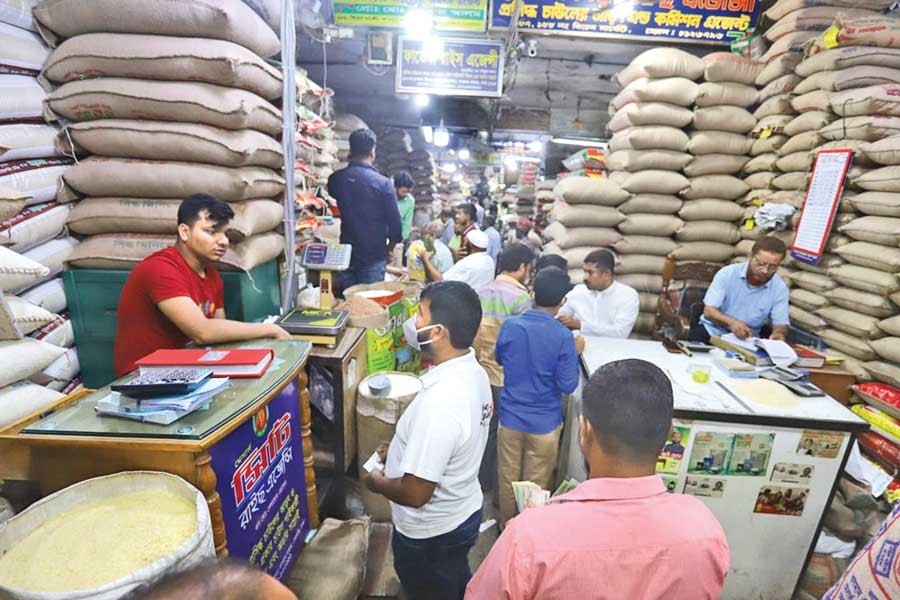 The rice market may turn volatile as natural disasters, including flood, cyclone and heavy monsoon rains, have affected the country’s rice production this year.

A staple shortage deepened after multiple natural disasters, also causing a rise in the price of rice in the local market and forcing the government to import rice.

The floods, which started with heavy rainfall on June 17, did not recede until the end of August and have caused Bangladesh’s 200-plus rivers to overflow, impacting over 40 per cent of Bangladesh’s landmass.

Food Minister Sadhan Chandra Majumder, however, said there is no crisis of rice in the country but some unscrupulous businessmen are trying to manipulate the price to make hefty profits.

Rice production during the Boro, Aus, and Aman growing seasons was affected while corn production was mildly impacted, according to a recent forecast of the US Department of Agriculture (USDA).

Local rice market showed an upward trend over the last few days, adding to the hardship of low-income people.

Aman procurement target has been missed by a margin of about 75 percent with the rice millers promising only 139,960 tonnes of rice against the target of 6.5 lakh tonnes.

The deadline for the rice millers to enter into a mandatory contract with the government to fulfil the procurement target expired on Thursday last week with only a few of the total 19,230 millers complying with the law.

Millers are reluctance to sell rice to the government amid a volatile market with each kilogram of coarse rice selling at Tk 48 on Friday, 26 percent higher compared to the same period last year.

Farm economist ASM Golam Hafeez said millers stocked rice and do not supply it to the government to gain extra profit.