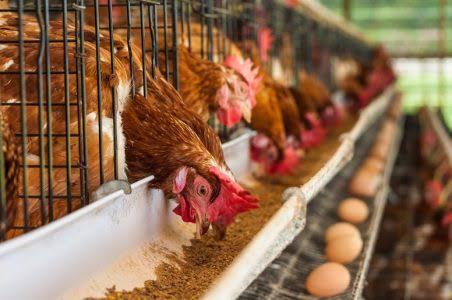 Country's poultry sector has sought tax exemption on import of raw materials to continue supplying meat and eggs in the local market at reasonable prices.

They claimed that the prices of raw materials for poultry feeds have recently increased by 60 percent in the international market, pushing up the production cost of chicken and eggs at the local farm level.

Leaders of the industry put forward the demand at a meeting with journalists in Dhaka on Thursday.

"If we do not get the tax exemption in the upcoming budget and some other policy support immediately, the prices of chicken and eggs will go up further," said Mashiur Rahman, President of Bangladesh Poultry Industries Central Council (BPICC).

He said roughly 20-30 percent small to medium poultry farmers have already suspended their productions and, as a consequence, the rates of chicken and eggs are likely to increase within a couple of months.

The BPICC president sought the tax exemption up to 2030 to continue production of poultry products and expansion of the job-creating sector.

Broiler chicken was selling at a rate of Tk170-180 per kg and egg at Tk10 per piece at the retail markets in Dhaka city over the last couple of months.

President of Feed Industries Association Bangladesh (FIAB) Shamsul Arefin Khaled said the local feed millers have already cut their production by around 40 percent due to higher prices of raw materials, including maize and soya-meal.

The prices of soya-meal and maize that constitute nearly 70 percent of feed ingredients increased by 41 percent and 74 percent respectively in the last couple of years, he added.

The feed prices in the local market also increased by 20 percent, affecting the chicken and egg production, said Mr Khaled, who is the owner of Nourish, a leading poultry and feed production company.

"When many of the farmers will suspend their production, the supply of meat and egg will be hampered. Besides, investment in the poultry sector and its growth will be affected," he added.

Only two local companies control the soya-meal supply inside the country and sometimes manipulate the prices, alleged Md Ahsanuzzaman, senior vice-president of the FIAB.