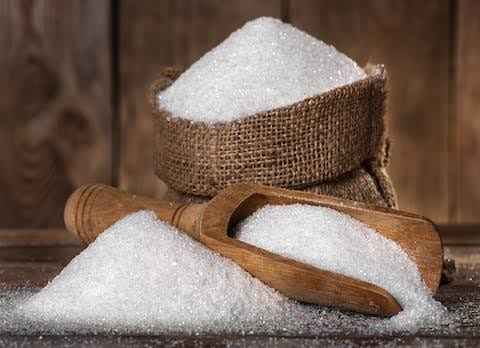 India plans to restrict sugar exports for the first time in six years to prevent a surge in domestic prices, potentially capping this season's exports at 10 million tonnes, a government source told Reuters on Tuesday.

India is the world's biggest sugar producer and the second biggest exporter behind Brazil.

India was planning to curb sugar exports to keep a lid on local prices and ensure steady supplies in the domestic market.

Initially, India planned to cap sugar exports at 8 million tonnes, but the government later decided to allow mills to sell some more sugar on the world market as production estimates were revised upwards.

The Indian Sugar Mills Association, a producers' body, revised its output forecast to 35.5 million tonnes, up from its previous estimate of 31 million tonnes.

Traders, however, said the decision to allow mills to export 10 million tonnes would help the country sell a reasonably big quantity of sugar on the world market.

"The limit of 10 million tonnes is fairly big, and both mills and the government will be happy with this," said a Mumbai-based dealer with a global trading firm. He didn't wish to be named in line with his company's policy.

After exporting 10 million tonnes, India's sugar stocks on Oct. 1, when the next 2022-23 season begins, would total 6 million tonnes, sufficient to cater to the country's festival season demand during the December quarter, the dealer said.