'RCBC lawsuit not a setback to stolen money recovery' 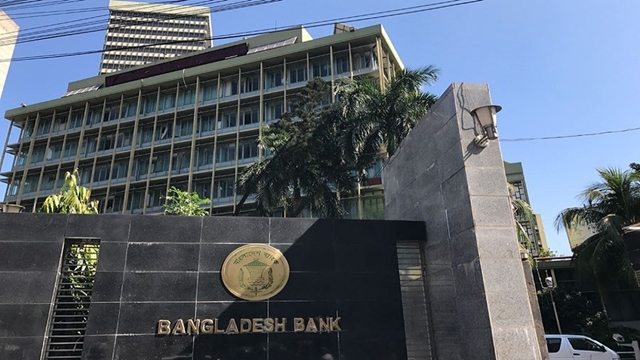 Bangladesh Bank Governor Fazle Kabir has said the defamation lawsuit filed by Philippines’ Rizal Commercial Banking Corp (RCBC) against Bangladesh Bank is not a setback to the efforts to recover the stolen money.

The governor made the remarks in response to a question after the inauguration session of the ‘Janata Bank Annual Conference-2019’ at the Krishibid Institute Auditorium in Dhaka on Wednesday,

“I read about the case of RCBC in newspaper. I see, this is not a problem. They (RCBC) have filed the case as they are in discomfort for the case filed by Bangladesh Bank in the New York court,” he said.

On a question on whether it was a counter-litigation, the governor said, “It’s not a counter suit to the New York case. They have filed a defamation suit, not the original case.”

A five-member Bangladesh delegation is now staying in Manila, the capital of Philippines, to gear up the legal process through discussions with the authorities concerned for recovering the stolen fund.

The RCBC filed the suit at a local court in the Philippines on March 6 over what the BB says are baseless claims of its complicity in the 2016 cyber heist of Bangladesh’s foreign exchange reserves.

The BB filed a lawsuit in the US District Court in Manhattan earlier this year, accusing RCBC of involvement in a massive conspiracy to steal its money.

“We are not worried about their (RCBC’s) lawsuit. We will continue our efforts to recover our money,” Bangladesh Bank spokesman Serajul Islam said on Tuesday.

Pressure from the Federal Reserve Bank of New York, the Philippines government, and different other quarters to return the stolen money has “angered” RCBC, Serajul said.

“They have filed the lawsuit against us out of anger following the pressure and in a bid to waste time,” he added.

RCBC was fined a record 1 billion pesos ($19.17 million) by the Philippine central bank in August 2016 for its failure to prevent the movement of the stolen money through the bank.

A former treasurer of RCBC and five other workers at the branch where the cash was withdrawn face money laundering charges.

On Jan 11 this year, a Philippines court held a former manager of a RCBC branch guilty on eight counts of money laundering, the first conviction in the cyber heist.

Just $15 million of the stolen money has been recovered from a Manila junket operator, a role that involves marketing casinos to VIPs.

Bangladesh has been asking that the RCBC give back the stolen funds, but the bank has not yet showed any sign of compromise.

“Bangladesh Bank has embarked on a massive ploy and scheme to extort money from plaintiff RCBC by resorting to public defamation, harassment and threats geared towards destroying RCBC’s good name, reputation, and image,” the RCBC said in a statement on Tuesday, citing the civil court filing.