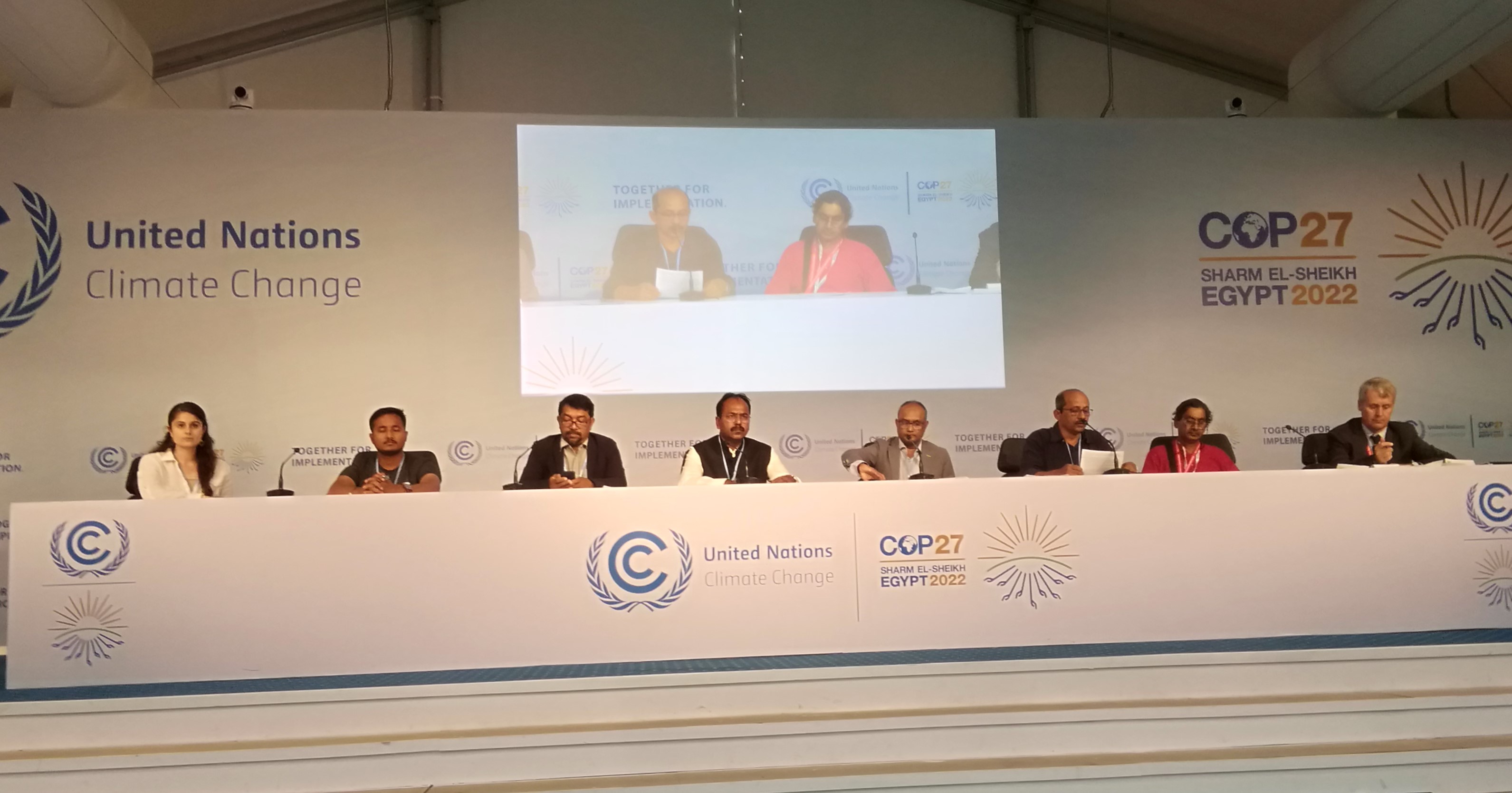 On 17 November’ 2022, the ongoing Cop 27, Global Climate Conference in Sharm El Sheikh-Egypt, Civil Society leaders from MVCs (Most Vulnerable Countries) have meet a press conference in CoP 27 conference venue and reiterating their demand to show strong good will from developed countries to reach for realistic consensus in CoP 27.

They demanded to the big polluters for a real action commitment to achieve the 1.5-degree temperature goal by 2050.

They also demand immediate declaration from developed countries on the issue of Loss and Damage Finance Facility within CoP 27 negotiation period.

Presenting the keynote, Aminul Hoque said the negotiations which are coming near to the closing but UNFCCC Subsidiary Bodies representing the parties still unable to reach with a concluding agreement on the key issues. The primary draft texts [1.5 degree and L&D Financing] are still in the “brackets. The draft texts in brackets reflect a lack of consensus among Parties.

The negotiators and the CoP presidency have not been able to deliver a robust work program on mitigation and financing since the discourse that’s made disappointed among the MVCs and developing countries.

In the context he put some key demands in favor MVCs. Those are

(i) Developed countries should refrain with their destructive game diluting the issue of ending fossil fuel by 2050 and keep their promise and progressing the action to achieve the 1.5-degree goal as expected of most of the people

(ii) Declare Loss & Damage Financing Facility without any delay and within CoP 27 process, because MVC and LDCs states have a legal obligation to uphold the rights of their citizens, simultaneously the historical polluters also have a moral debt to pay by upholding their fair share of mitigation, adaptation action and addressing loss and damage financing

(iii) Start immediate work to faming the GGA [Global Goal on Adaptation] followed the UNFCCC convention and the PA [Paris Agreement] to reflect equity and CBDRCC [Common but Differentiated Responsibilities and Respective Capabilities and in light of different national circumstances.

Mr. Prayash Adhikari said that the issue of pre-2030 ambition in high level round table in CoP 27, there have consensus developed regarding the cover decision where firmly committed to limiting warming to 1.5 degrees. But some countries especially USA and their allies are using 1.5 goal as a political pawn in their geopolitical chess game; Brazil for arguing for no cover decision on it; and some parties are reportedly even pushing for 1.5 should not be in there at all.

Mr. Soumya Datta strong argued the Net-zero initiative is entirely incompatible with existing continued investment in fossil fuel projects by the public and private sector of big polluting countries that will create debt burden for poor and MVCs by pushing loan and carbon marketing process in the name of climate finance. So that very logically urge and call to all country parties to stop this process of such vague “Net Zero emission” and start the race to the “Zero Emission target” through ending the fossil fuel and ending the Carbon emission.

Ms. Samah Hadid condemned rich countries ignoring climate induced displacement those being happened among the Afirica, Asia and other countries are burn and sinking by climatic impact.

She urges to give proper focus with ensuring finance and other support needed.

Dr. Mostafa Sarwar criticized the developed countries are historic polluters and failed to act at the scale and speed of urgency-based actions. Delayed mitigation and adaptation action has increased the burden of loss and damage for MVC and LDCs and cost increased indeed. So that developed countries should not delay declaring the Loss and Damage Financing and to be done the within existing CoP process.

Mr. Atle Solberg opine that lack of proper support is making hard for the poor and MVCs to manage their climate displacement.

Mr. Ali Akbar Tipu called the parties for a deep dive to develop a comprehensive frame on GGA as almost all countries [rich and poor] will have go under an inevitable adaptation strategy in the context of climate change. 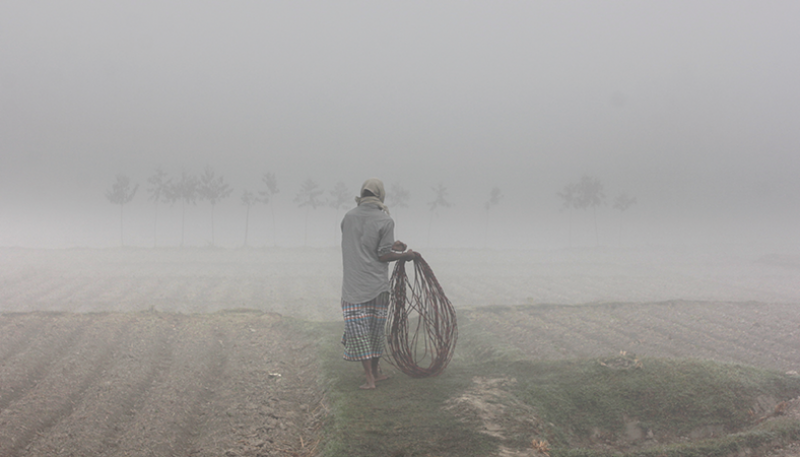 Moderate to thick fog likely across the country over 24 hours 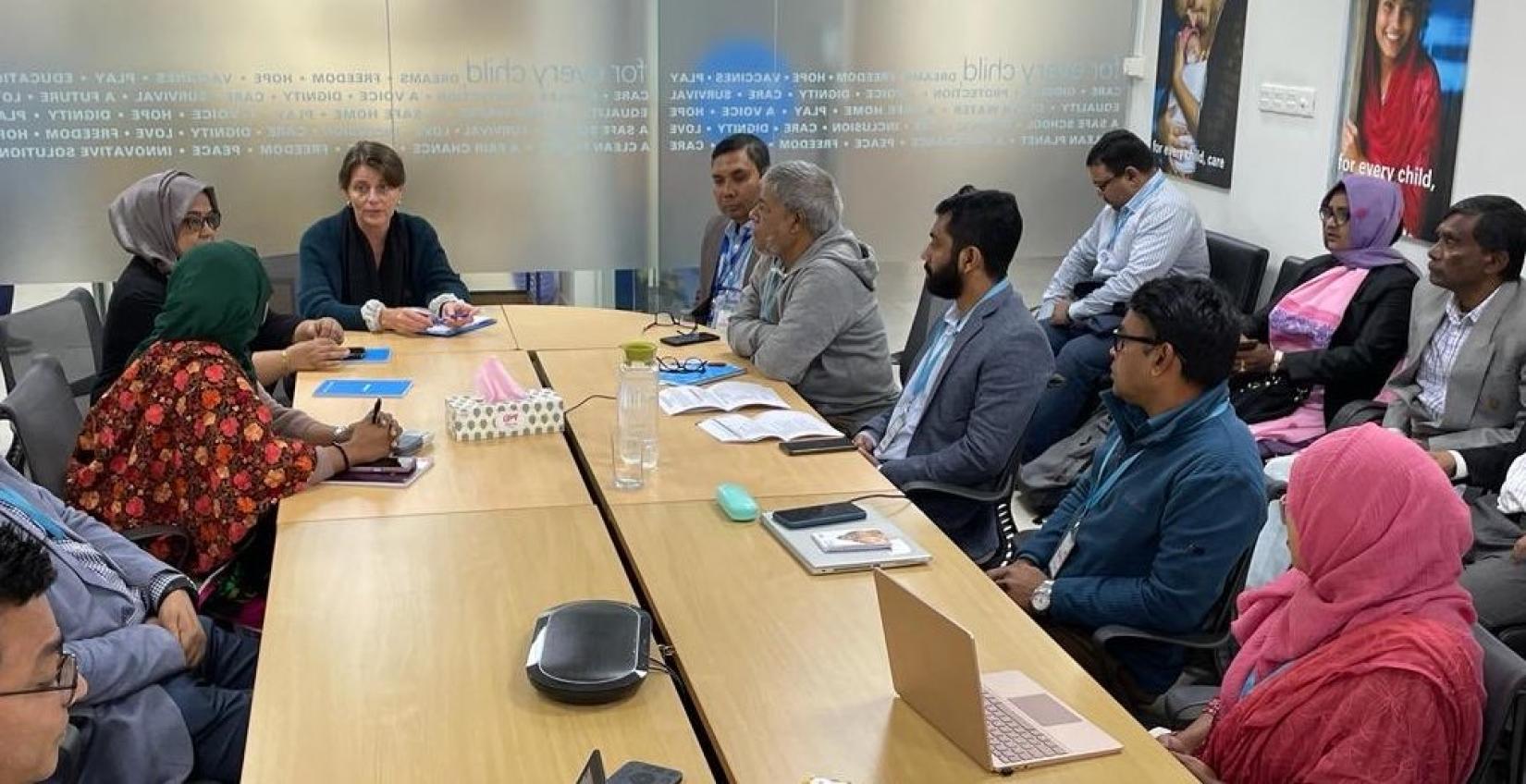 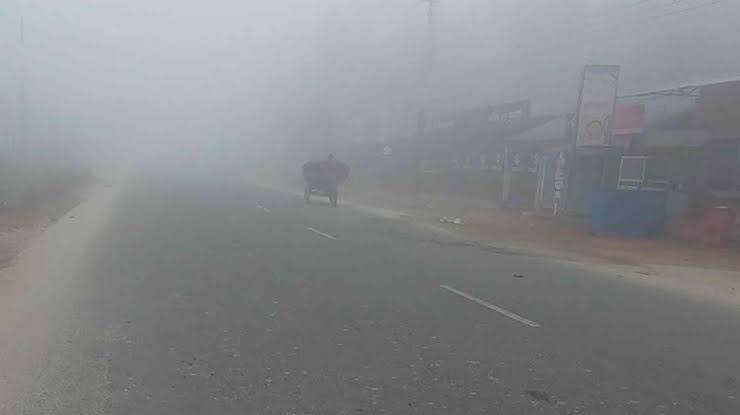 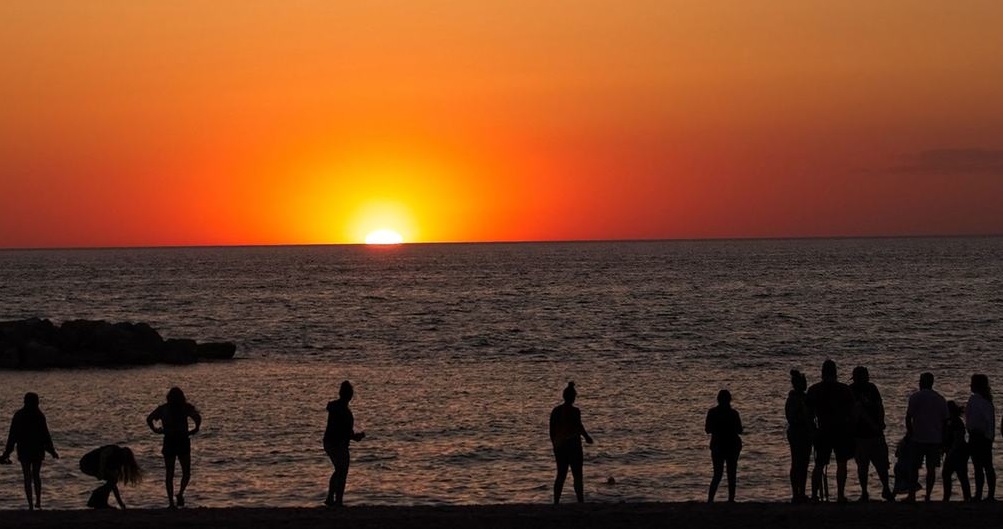 2022 confirmed as one of warmest years on record: WMO