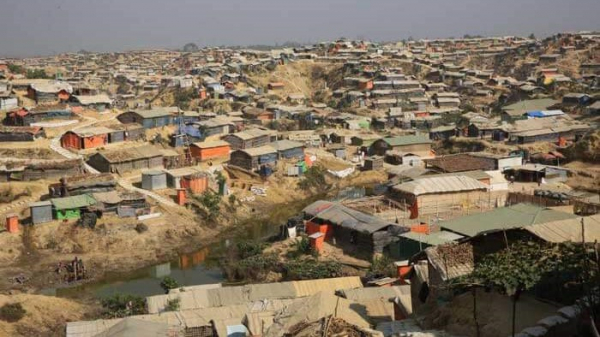 Cox’s Bazar CSO NGO Forum (CCNF), has once again demanded all-out efforts from the UN, INGOs, and government to expedite the process of dignified repatriation of Rohingyas, as Bangladesh suffering multifaceted climate change catastrophes, economic fallout because of COVID 19 and recent flood.

The network of 50 local and national NGOs working in Cox’s Bazar has reiterated this demand from a press statement today on the eve of 3rd year of the Rohingya influx in Cox’s Bazar.

The network placed this position in its virtual webinar on 18th August.

CCNF also said that the repatriation of Rohingya refugees came to Bangladesh took 10 years. If the repatriation of 1.1 million Rohingya refugee starts tomorrow, it will take over one decade, so they should not be kept sitting idle. They should be given pre-fabricated shelter, education, income-generating training to facilitate their human dignity.

CCNF reiterated their eleven point’s demand so that Rohingya response management will cope with reduce the level of aid and for the participation of local actors for peaceful co-existence.

These points are (i) there should be a government-led single line and single pot fund management. (ii) UN agencies should act as a counterpart to government management, not as parallel. (iii) All sub-offices of intentional agencies should be shifted to Dhaka or Ukhiya to reduce the cost of journeys to camps and to reduce pressure on Cox’s Bazar town. (iv) Pre-fabricated housing, education, and income-generating technical training should be provided to refugees. (v) Humanitarian workers should be given 24 hours access to refugee camps so that they will do activities against drug dealing, human trafficking, gender violence, and especially extremism in the evening. (vi) Local NGOs and Local government should be given access in ISCG, HoSoG, and RRRC meeting system and also in the National Task Force (NTF). (vii) There should be aid transparency with disaggregated figures periodically so that there will be public monitoring on management cost, direct input cost to refugees and host communities. Until December 2019 there were approximately per Rohingya family $449 came per month, and it is around $ 2.5 billion, high govt officials raise questions that the UN spend around 65% of their management cost. (viii) There should be planned full technology know-how transfer to the locals so that there will reduce the level of dependency on expatriates. (ix) A pooled fund should be to promote local NGOs and all field operations should be to local and national NGOs. (x) All UN agencies and INGOs should follow a partnership policy based on long term objectives, partnership priority should be to locally origin NGOs, and the selection process should be transparent and competitive free from conflict of interest. (xi) INGOs should not raise funds in Cox’s Bazar and Bangladesh, they should bring money from their origin country.

Mr. Abu Morshed Chowdhury, Executive Director PHALS & Co-Chair CCNF said that, "while Cox’s Bazar has a lot of potentialities for development, our honorable Prime Minister initiated some important priority projects in the district."

"But the hope already shuttered, the district already suffering multiple problems especially suffering due to price hike and bad communication infrastructure. So the political process has to be redoubled by all international agencies including our government, UN and INGOs should give importance and stand up against Myanmar junta and also looking for humanitarian aid" he added.

Mr. Bimal Chandra Dey Sarker Chief Executive Officer Mukti Cox’s Bazar and another one Co-Chair CCNF said that "along with local people, local govt and local NGOs were in the field during first few weeks of the response, now they are marginalized. Localization Task Force has been formed around 24 months ago, but yet the road map has not been prepared. Pooled funds for local NGOs should be developed to promote local NGOs, community organizations, and local govt. so that they will participate in the response, in turn, which will strengthen social cohesion too."

Mr. Rezaul Karim Chowdhury Executive Director COAST, another one Co-Chair CCNF, said that CCNF is to promote human rights in Cox’s Bazar. In this relation local NGOs, community organizations and local government are also committed to upholding the human dignity of Rohingya until their repatriation. But these local NGOs and local government organizations have to be given spaces in response management.