Local CSO/NGOs are United for Localization, Aid Transparency, and Self-esteem 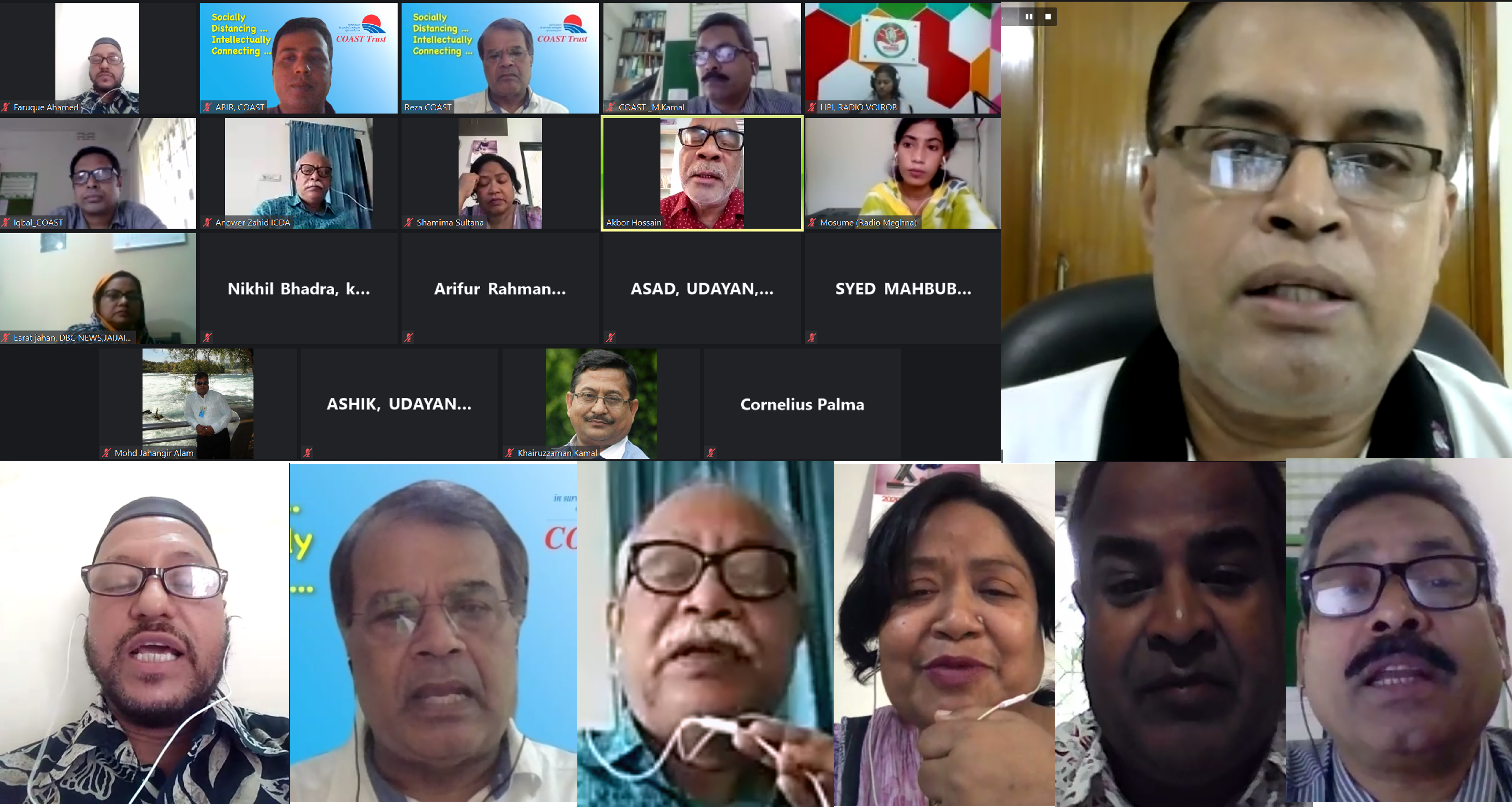 Today the BDCSOProcess, a process forum of around 700 local CSOs/NGOs, has had a virtual press conference on its incoming virtual annual conference titled “Towards self-esteemed independent CSO/NGO sector” to be held on 6, 8, and 10th October, daily from 11h30 to 13h30.

The press conference was moderated by the Chief Moderator of the BDCSO Process Mr. Rezaul Karim Chowdhury, the welcome address given by Mr. Mostafa Kamal Akanda of COAST.

Mr. Mostafa Kamal Akanda said that since 2014 Bangladeshi local NGOs have had participated in the UN-led process for the World Humanitarian Summit which has ended with Grand Bargain (2016) agreement that envisages localization, aid transparency, and participation revolution. There was UN and IFRC led agreement of Principle of Partnership (2007) too, meantime INGOs have signed the Charter for Change (C4C-2015).

In this backdrop and campaign, BDCSOprocess has been formed to promote sectoral unity in Bangladesh, principles of the liberation war, and to promote localization in the country.

Mr. Rezaul Karim Chowdhury said that the aim of the conference is to re-energize local NGO/CSO in this regard, discuss the latest international policy guideline on localization especially from IASC (Inter-Agency Standing Committee) which reaffirm the primacy of local actors even during this COVID 19 fall out the situation and to motivate local actors to be based on local/own resource mobilization.

Leaders of Different leading network of the country like Ms. Rokeya Kabir and Mr. Joynta Adhikari from ADAB, Ms. Shireen Haque from Naripokka, Ms. Saheen Anam from MJF, Mr. Morshed Sarker from CDF, Mr. Rafiqul Islam from FNB, and Mr. Abdul Awal from SUPRO will be speak the sessions. Around 500 local NGO/CSOs will take part in the virtual sessions.

During the press conference, Mr. Akbar Hossain from Rangpur said that local NGOs are more capable now, so international agencies should be limited to their role only in monitoring and technical assistance.

Mr. Anwar Zahid from Barisal said that local NGO/CSOs want to celebrate fifty years of independence of Bangladesh with implementing our principles of the liberation war.

Mr. Sheikh Asad of Khulna said that we will reaffirm our promise to implement vision 2021 and SDGs along with our government.

Mr. Arifur Rahman from Chottogram said that local NGO/CSOs will have to lead to self-reliance and self-esteemed where we need help from UN agencies and INGOs.