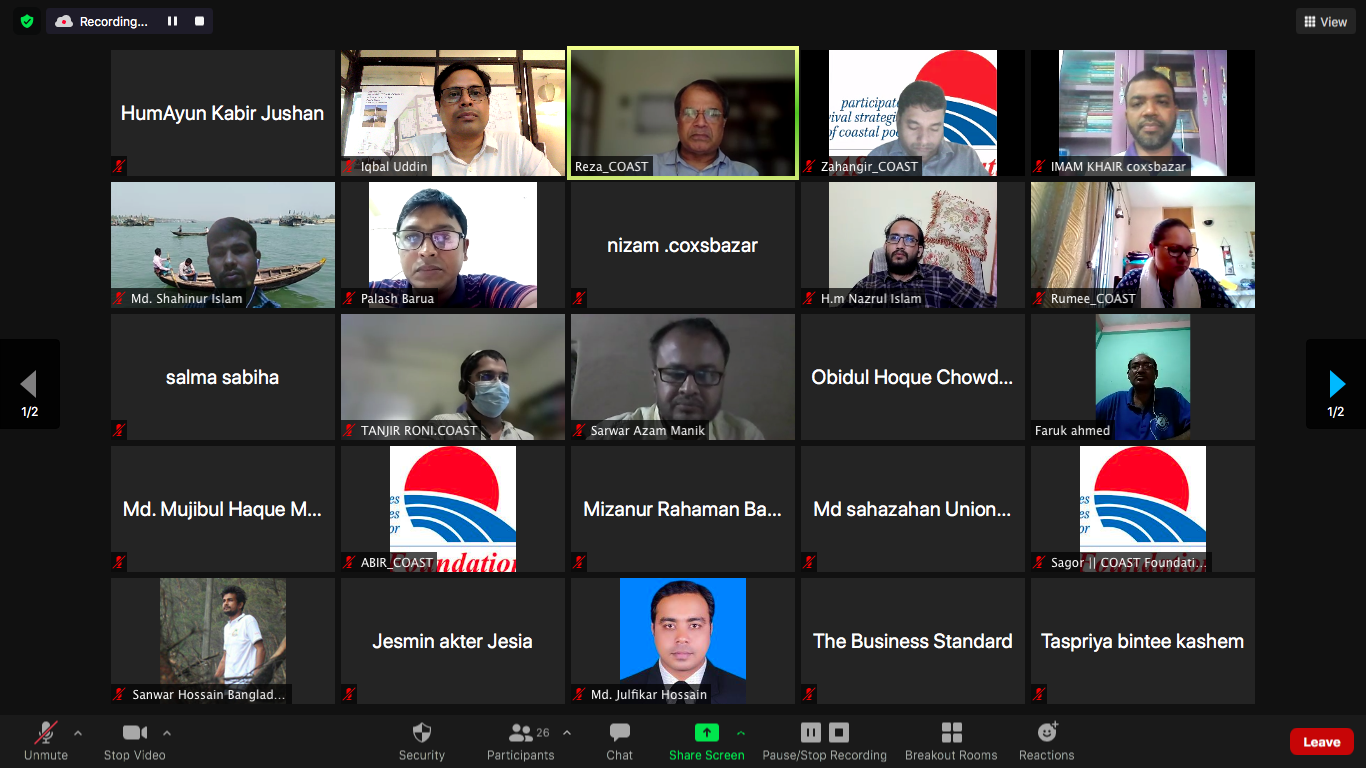 A recent study on the impact of COVID 19 on the child marriage situation in Cox’s Bazar finds this.

The study was carried out by the COAST foundation in 32 Union Parishads and 3 municipalities throughout 9 Upazilas in the district.

The study findings were presented from a virtual press conference today.

In another presentation on the multidimensional impact of child marriage, Md. Mujibul Haque Munir, Joint Director of the same organization said, due to child marriage, the birth rate in Bangladesh is highest in South Asia. Child marriage eats up 9% of women's income and 1% of national income. Preventing child marriage by 2030 could save 11% of our educational budget.

The study covered 384 families as a sample by which they or their close relatives committed at least one child marriage during 2020 and 2021.

Among the respondents, 48% were female and 42% were male and the rates of child marriage they performed in their family or their relatives were for female 63% and male 37%.

COAST conducted the study from 4 August to 26 September 2021 covering all Upazila of Cox's Bazar.

In this study, 63% of respondents said child marriage rates increased during this COVID period. Of the 47% said closer of schools is the main reason for increasing child marriage rates. 26% of respondents said the behind it was an economic crisis and 22% said being unemployed, some parents felt vulnerable, and seeing the gloomy future of the kids, they married them off.

Based on the economic scenario, the study also found that the child marriage rate is 64% in low-income families, 32% in middle-income families, and only 4% in well-off families. While commenting on the prevention of child marriage in their community, choosing multiple answers, 65% of respondents said, stopping fake birth registration is the key to prevent child marriage. 64% said, the opening of schools is the key, which has already opened, 38% said effective implementation of law and order, and 32% said financial support to the kids’ families vulnerable to child marriage and raising awareness to the community will help reduce child marriage.

Joining the discussions at the press conference, journalist Humayun Kabir Jusan said, UN agencies and INGOs have spent millions of dollars to improve the livelihood situations here in Cox's Bazar then why is child marriage rate in Ukhiya Upazila is 75%? We should work together to improve the situation.

Farook Ahmed said, a few Unions of Ukhiya Upazila were declared as child marriage free unions, but this time the incensement rate is alarming. Every agency should work to provide financial support and awareness on this.

H M Nazrul Islam said, persons responsible for or involved in child marriage should be brought under justice.

Sarwar Azam Manik underscored the effective role-playing of union parished in this regard.