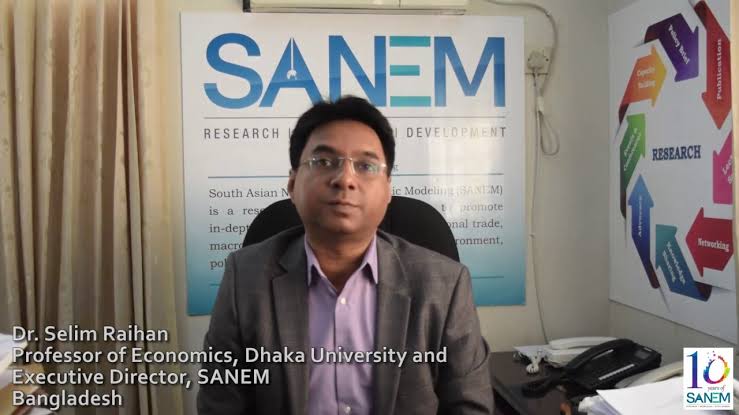 The South Asian Network on Economic Modelling (Sanem) has recommended the rapid distribution of essential food items at the local level – during the Covid-19 crisis – to ensure food security in the country.

The organisation also emphasised the urgency of creating new lists so excluded poor people and vulnerable populations are included in the distribution programs of essential food items.

A press release from the organisation mentioned the challenges to food security in rural and urban areas differ.

"At the local level, the administration, representatives of the people, volunteers, and NGOs (such as Brac and Grameen Bank) can work together to create and update lists, distribute food, and prevent irregularities throughout the process," read the press release.

"Capable people in the private sector and private sector business associations (such as the BGMEA, FBCCI, MCCI, DCCI) need to come forward to ensure food security for their workers and staff," it continued.

Dr Selim Raihan, executive director of Sanem, said, "During the ongoing crisis, one of the major challenges is ensuring food security for this huge population."

He mentioned that according to the official poverty line income, 20.5 percent of Bangladesh's population – three crore 40 lakh people – is poor.

"Meaning, the number of poor and vulnerable people in the country is now close to seven crore," Dr Selim concluded.