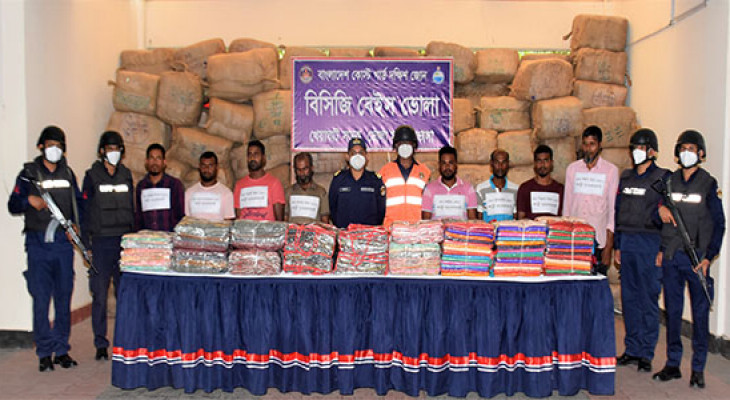 He said that based on secret information, BCG Base Bhola  under the BCG South Zone conducted a special operation led by  Lt  Kazi Al-Amin in the area adjacent to Tulatuli of Meghna river in Bhola Sadar on early Friday.

During the operation,  the BCG members searched  a bulkhead on the river and seized 2173 pieces of high quality foreign sari, lehenga and three-pieces worth around Tk 20 crore. Eight people were arrested from the Bulkhead during the operation.

The Media officer further said that the arrested people and the seized foreign clothes along with the bulkhead were later handed over to Bhola Sadar Police Station for legal action.