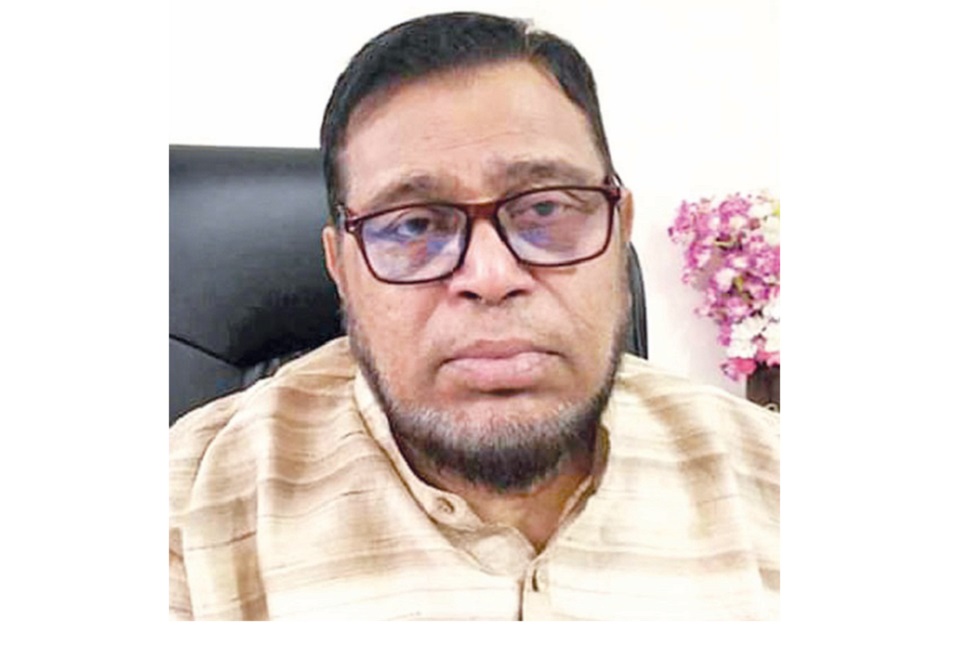 The name of Rabiul Islam, former chairman of Kushtia Zila Parishad, has surfaced in a case filed for embezzling the land of others forging national identity (NID) cards.

His involvement is evident in the confessional statement of accused Mohibul Islam made under section 164.

As he was the chairman of the Zila Parishad, no action was taken against him in the last two years.

However, the Anti-Corruption Commission (ACC) had summoned Rabiul to interrogate him over the allegations of illegal accumulation of assets worth Tk 100 crore in three years, asking him to appear before its Kushtia district office on April 21 with necessary documents.

According to the complaints, Rabiul, senior vice-president of district Awami League, developed the habit of grabbing land much earlier through the grabbing of the property of Kushtia Mohini Mill.

According to locals and former mill workers, Kushtia Mohini Mill, the largest textile mill in Asia, was established in 1908 on 33 acres of land in Kushtia town in undivided Bengal.

After the Indo-Pakistani war in 1965, the mill was listed as enemy property and the then government gave the responsibility of running the mill to the East Pakistan Industrial Development Corporation (EPIDC). Mill owner Mohini Mohan Chakraborty lost the ownership of the mill and moved to India.

Later in 1972, the government of Bangladesh nationalised Mohini Mill. But the mill continued to suffer losses. In financial year 1977-78, the mill incurred a loss of Tk 18 crore. Later in 1982, the mill was completely closed.

Talking to the senior workers and employees, it was learnt that the contractors supplying fuel caused losses to the mill in collusion with some officials and employees of the mill. Rabiul Islam was one of those contractors.

Golam Mostafa, joint secretary of the then workers' union of Mohini Mill, said the mill was finally shut down between 1975 and 1982 when some businessmen, including Rabiul, took the mill to the brink of collapse in collusion with three senior officials of the mill -- Abul Khair, Abul Fattah and Abdur Rahim. Rabiul then used to supply all heavy raw materials except fuel to the mill.

Rabiul was elected a councillor of Kushtia municipality in 1984. After that, the local gang, including Rabiul, became the owners of several small industrial establishments, said the senior workers and employees of Mohini Mill. From then, the rise of Rabiul began and he did not have to look back. Using his political identity and influence, Rabiul became the prominent grabber of Milpara area of the town.

He began grabbing assets through fraudulence during his long tenure as councillor of the municipality, said locals requesting not to be named.

After the death of his business partner Khandaker Rashiduzzaman Dudu, a former lawmaker and president of district AL, Rabiul grabbed his house and business entities.

Rabiul is now living in the illegally-occupied house renting his houses to others. He focused on grabbing the government property after being elected chairman of Kushtia Zila Parishad in 2017.

There were six decimals of land of Roads and Highways Department (RHD) adjacent to Lahini Secondary School near Kushtia Medical College, according to the sources.

RHD executive engineers issued notice to Rabiul in the last quarter of 2020 to demolish the boundary wall within 10 days. However, RHD could not take over the ownership of the land for unknown reasons.

The NHA allocated 212 plots on 16 acres of land among the low and middle-income people. Deputy Commissioner enlisted the land to Khatian.

The High Court issued a stay order on all sorts of activities over the land after the plot owners filed a writ petition.

“However, Rabiul made boundary wall after grabbing around 1.5 kathas of land. We’ve informed the administration of the matter. But, none could do anything about the issue,” he said.

Rabiul constructed an eco-park on 50 bighas land through filling the Gorai River during his tenure at Zila Parishad in 2021. The district administration could not demolish the establishments though chairman of National River Conservation Commission wrote to the deputy commissioner of Kushtia in this regard.

An official of the district administration, requesting not to be named, said the Zila Parishad chairman constructed the park without taking any legal permission.

No current Zila Parishad official has agreed to speak on the matter. However, Shahinur Rahman, an official there, said, “Once there was a ban on the construction of the park from the river commission, but later they gave their approval and we’re working there.”

Meanwhile, a source in the district council said the former chairman has shown expenditure of Tk 3.31 crore for tree plantation and road development work in the park under construction.

According to Jubo League sources, Rabiul had a big role in bringing Ashrafuzzaman Sujan, the main accused in the land-grabbing case through NID fraudulence, into the Jubo League politics.

Jubo League leaders and activists said Sujan was a Jatiyatabadi Chhatra Dal (JCD) leader during the BNP regime. Back then he was the president of ward JCD. But on May 15, 2017, central Jubo League gave a 21-member convening committee of town Jubo League where Sujan was made the convener.

After Sujan became the leader, Rabiul greeted him with wreaths. After that with the blessings of Rabiul, Sujan also got involved in various irregularities, including manipulating tenders. Former district Jubo League president Rabiul also lodged a complaint against Sujan to central Jubo League.

Hardware traders Mahibul Islam and Amirul Islam provided money to buy land worth Tk 13 crore from a person named MA Wadud for Tk 77 lakh through NID forgery. After the arrest of these two, Rabiul’s involvement surfaced in their confessional statements.

MA Wadud, the original owner of the land, said, “After learning about the fraudulence, I filed a case against 18 people at the police station. Now the names of many are coming. We’re coming to know about many issues and involvement of many people. It’s a big gang. He (Rabiul) can be part of this cycle. No one can commit such a big fraud without the involvement of politicians.”

AL leaders, wishing anonymity, said a two-storey market owned by Rakibul Islam, father of Ramiz Hussainul Islam, a journalist working for Channel 24 in Dhaka, in the Battail area of the town was occupied by Rabiul in the name of Zila Parishad property.

Then Rakibul moved court. In this situation, on the night of July 10, 2019, Rabiul demolished it and leased to an industrialist for Tk few crore.

Ramiz Hussainul Islam, the current heir to the land, said, “Zila Parishad chairman Rabiul Islam unjustly occupied our land, demolished the building overnight and leased it to an industrialist, which he cannot do while the case was pending with court.”

But Rafiqul Alam Tuku, president of Kushtia Citizens’ Committee, who is aware that no action has been taken against the former chairman yet, said, “I think action must be taken against anyone who has done wrong under the existing law.”

The leaders and activists of the party were embarrassed after learning about the land grabbing by Rabiul through forging NIDs. They demanded legal action against him following investigation.

Under the circumstances, MP from Kushtia-3 constituency and Joint General Secretary of Bangladesh Awami League Mahbubul Alam Hanif asked the then deputy commissioner (DC) of Kushtia to call a meeting.

On September 15, 2020, DC Aslam Hossain called a meeting where a three-member committee was formed to look into the allegations.

DC Aslam was made head of the committee while Police Super SM Tanvir Arafat and Public Prosecutor Anup Kumar Nandi were made members.

About 50 complaints on land grabbing were submitted to the committee. Of those, 44 were selected for investigation. Some 25 of the selected complaints were against Rabiul while five allegations were against his two brothers -- Golam Saber Lal and Mafizul Islam.

Anup Kumar Nandi said, “After the formation of the committee, hearing on complaints was held. But in February 2021, the DC was transferred. I don’t know if any meeting of the committee was held after the transfer of the DC.”

Seeking not to be named, a leader of Awami League said Hanif strictly directed the district administration to take action against the land grabbers, but action was yet to be taken against Rabiul.

Despite several attempts over phone, Rabiul could not be reached for comments.