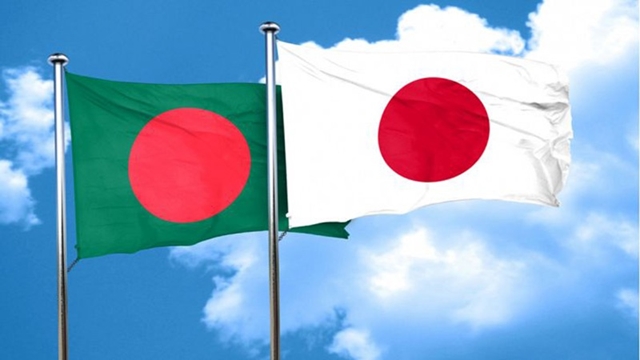 Japan has offered some US$1.83 billion in assistance for bankrolling Bangladesh's six major development projects on communications infrastructures, power and port.

A senior MoF official said a deal on the $1.83-billion loan under the 39th Official Development Assistance (ODA) package is expected to be signed by June this year.

"We are hopeful about receiving the funds under its upcoming 39th ODA package by June this year to finance six ongoing and fresh development projects," a senior MoF official said.

He said a team, headed by the Japanese Ambassador, pledged 39th ODA package as the donor is willing to sign the deal for finalising the fund.

Earlier, a JICA mission in September-October period completed its visit to Bangladesh exploring the possible projects to be financed.

The sources said the proposed 39th ODA package will be very useful for Bangladesh as the money will be used for developing the Matarbari port, ongoing Matarbari power-plant project, feasibility study and detailed design of the MRT line-5 in Dhaka and for constructing rail-bridge across the river Jamuna that cuts the country down the middle.

"All of these projects are very important for the country to ensure smooth transportation and uninterrupted power supply," the senior MoF official said.

The Bangladesh government will have to repay the loan in 30 years with a 10-year grace period. JICA will charge 1.0 per cent interest on the proposed credit.

As Bangladesh's largest bilateral development partner Japan, over the last 5-6 years, has enhanced its aid with confirmation of more than US$1.0 billion worth of funds under each of the aid package.

Japan has so far provided nearly US$12 billion dollars in assistance since the financial year (FY) 1971-72.