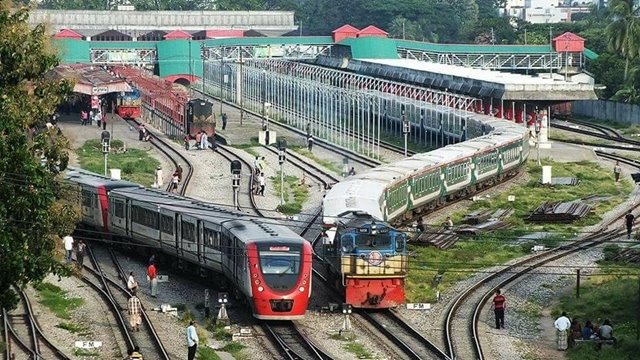 The total cost of the project is €270 million and consists of the purchase of about 200 rail passenger carriages and about 40 locomotives for regional and intercity services.

They will be deployed on the 1,230-km long broad/dual-gauge network across Bangladesh as well as international services to India, an international railway communication platform said Saturday.

A senior official of the state-run Bangladesh Railway said this while a discussion was going on between the bank and the Economic Relations Division, the railway authority was yet to get any official correspondence.

The project consists of the partial replacement of obsolete vehicles and a partial expansion of the fleet to better meet the growing demand.

The project is a part of the 20 Year Railway Development Plan.

For rolling stock purchase, the Asian Development Bank approved a US$360 million loan in February, which includes the implementation of the railway reform in the country.

This project has a total cost of $453 million, which will be supported by the government, which will provide $93 million.

Under the project, 40 locomotives, 125 luggage vans and 1,000 freight wagons will be purchased.

Earlier, Bangladesh had received a loan of €135m from the European Investment Bank (EIB) to improve the country's railway network.

The loan was used to fund the construction of a second track, upgrades to the existing track, and the installation of modern signalling equipment on the 72km section between Laksam and Akhaura in eastern central Bangladesh.

The Akhaura-Laksam section is part of a major, sub-regional corridor of the Trans-Asia Railway network.

By 2020, the government aims to upgrade the complete 321km rail corridor between the capital city Dhaka and Chittagong, the second largest and port city.

The project will also connect Chittagong to the neighbouring countries of Bhutan, Nepal and the north-eastern states of India.

About its support to the Bangladesh Railway, the bank in a statement said the railway reform project would "contribute to the two main objectives of the EIB's external mandate, on the one hand, the mitigation of climate change, by promoting a modal shift from road to rail and on the other, the development of social and economic infrastructure, by making a key contribution to a major transportation axis."

The railway project, which is in line with the European Union's mandate guiding EIB's lending in Asia, will promote the development of social and economic infrastructure in the country.

In November 2013, the bank had provided €82m loan for power projects, followed by a €100m loan for the improvements in Dhaka's water supply in 2014.