NBR to settle long-standing BPC VAT worth Tk 35.64b 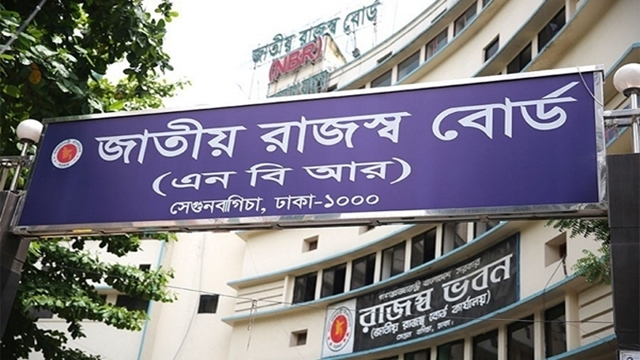 The revenue authority is set to settle the long-standing Value Added Tax (VAT) worth Tk 35.64 billion dues from Bangladesh Petroleum Corporation (BPC) through book adjustment after all its efforts to realise the outstanding amount proved unsuccessful.

Following a large amount of aggregate revenue shortfall against the target, the National Board of Revenue (NBR), on March 13, 2018, asked the Chittagong VAT commissionerate to find out ways to settle the dues lying with the BPC, officials said.

In 2015, the Chittagong VAT commissionerate found that the oil companies under BPC paid less VAT and ATV (advance trade VAT) than these companies had collected from consumers.

Syed Golam Kibria, commissioner, Chittagong Customs, Excise and VAT commissionerate, said they have made the book adjustment proposal to the NBR recently to settle the dues.

Last FY, the finance ministry had ruled out the proposal of settling the dues through book adjustment due to improved financial health of the corporation, he said.

Finance ministry asked the BPC to pay the dues to the NBR but it kept the amount unpaid, he said.

In FY 2015-16, BPC's profit jumped three times than that of the previous year as the government did not adjust the domestic fuel price in line with the slide in the international market since June 2014.

"The VAT wing needs to settle the arrear amount of VAT to achieve its revenue collection target," Mr Kibria said.

In the book adjustment process, the NBR will show the outstanding amount of VAT, with the approval of the Ministry of Finance, as tax receipt. There will be no actual transaction between the entities.

NBR chairman Mosharraf Hossain Bhuiyan has discussed the issue with the finance and energy ministries to find out ways for settling the issue, said Mr Kibria.

"A proposal would be sent to the Ministry of Finance seeking approval for book adjustment," he said.

Officials said the ministry of energy ministry and BPC earlier preferred the book adjustment method rather than paying the dues from its coffer.

The VAT officials, during careful calculations, detected that the companies had paid Tk 4.24 and Tk 2.77 less as VAT respectively in FY '14 and FY '15.

The arrears were found having accumulated in the period between July 2013 and June 2015.

However, there is no outstanding amount of VAT with BPC in the last two FYs, officials said.

According to a circular, issued on January 31, 2013, the Ministry of Energy and Mineral Resources fixed base price of VAT, VAT at business stage and total payable VAT for imported and refined petroleum oils.

The BPC collected VAT from the consumers at Tk 9.68 for per litre of diesel as per the circular.

Despite several attempts, BPC chairman could not be reached over phone for his comment.