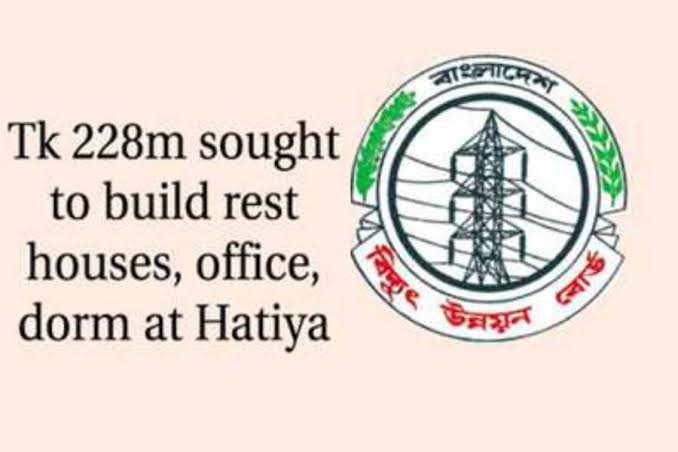 The Bangladesh Power Development Board (BPDB) has proposed a staggering Tk 228.52 million for some non-essentials as part of its power supply to Hatiya and three other southern islands.

Under the preparatory work, insiders said, the state-owned power producer will construct two rest houses, two office buildings and a dormitory at Hatiya.

It has also sought to spend Tk 20.46 million on buying luxury cars, Tk 13.04 million for consultants and Tk 7.2 million for local and foreign training.

Even Tk 170 million has been proposed for local transport and Tk 441.07 million for tax and VAT payment, people familiar with the project said.

The BPDB has recently undertaken a Tk 4.12-billion project for 100 percent sustainable electrification of Hatiya, Nijhumdwip, Kutubdia and Sonarampur islands.

It aims to take preparations like installation of a power substation and power distribution line.

The distribution system will be developed to supply electricity from the proposed 8-10 MW oil-fired power station at Hatiya under a public-private partnership (PPP) initiative.

A senior BPDB official said they sought to attract a PPP investment in an 8-10-MW station at Hatiya to supply power to the island and its adjacent Nijhumdwip.

The BPDB will also install submarine power distribution system aimed at supplying power to Kutubdia island through Moheshkhali and Sonarampur from Ashuganj power stations, he added.

When asked, a senior power division official said they have already sought approval of this big-budget project from planning commission (PC).

Insiders said the BPDB would invest only Tk 2.62 billion, which is 64 percent of the Tk 4.12-billion project, in power distribution system upgradation work.

The remaining 36 percent of the total cost would be spent on rest house and office construction, consultancy, training, honorarium, purchase of vehicles, tax and VAT payment.

"The government will have to invest hundreds of millions of taka for setting up a power plant at Hatiya," said a PC official.

"Spending Tk 4.12 billion for taking preparation for distributing electricity from the planned station is an ambitious as well as unnecessary programme."

"A survey should be done to assess whether an 8-10MW oil-based power station is feasible at Hatiya. How this huge taxpayers' money has been proposed to invest in electricity distribution from a planned station?"

When Bangladesh struggling with the coronavirus pandemic, a government agency should not propose unnecessary expenditure from the hard-earned public money, he said requesting anonymity.

Centre for Policy Dialogue research director Dr KG Moazzem said that the government agencies should be more rational in expenditure during this pandemic.

It could be examined whether any ambitious or irrelevant or less relevant expenditure are tolerable at this moment, the economist argued.

The government should prioritise a project first and then it should go for implementation, he observed.

Dr Moazzem said, "The government should assess whether an oil-based power plant or solar and wind-based power station is more feasible at Hatiya."