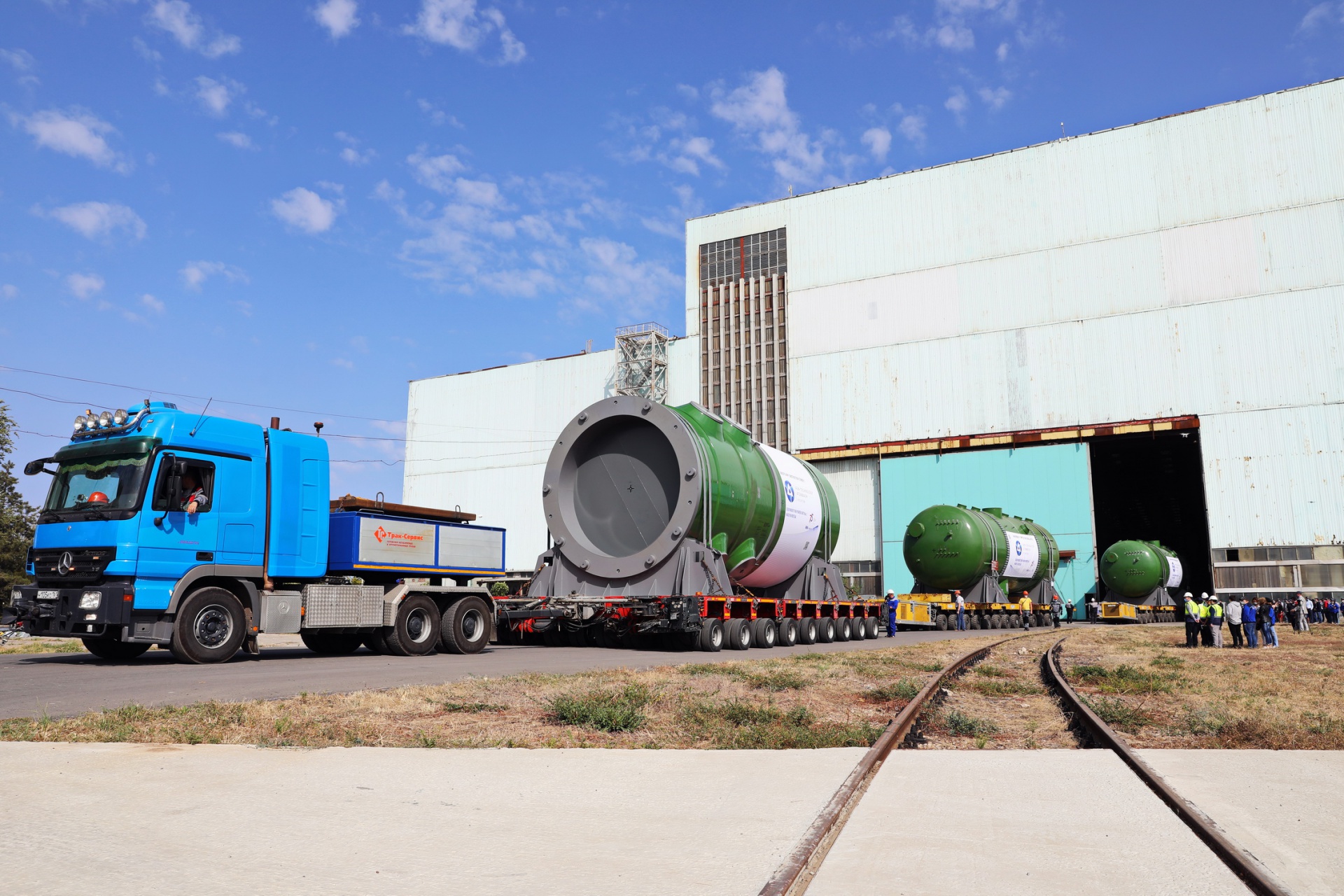 At Volgodonsk Branch of JSC “AEM-technology” “Atommash” (a part of a Mechanical Engineering Division of the Rosatom State Corporation - Atomenergomash) the manufacturing of Reactor Vessel internals has been finished for the first power Unit of NPP Rooppur being built in the Republic of Bangladesh.

These internals include 11 meter Core Barrel, Core Baffle and Protective tube unit. The total weight of the items is over 179 tons.

All the components are placed inside Reactor Vessel like a Russian nesting doll “Matryoshka” (a wooden doll in peasant dress with successively smaller ones fitted into it) with high precision and are tightly closed with Reactor Cover.

It is the internals that separate coolant flows in Reactor, fuel assemblies are also placed inside of them, as well as reactor control and protection system channels go through them. Check pre-assembly was previously carried out for all the internals’ components with the standard Reactor Vessel.

In the future, it will allow reducing the time for the assembly of the equipment under conditions of the power plant.

Earlier this year, Volgodonsk Branch of AEM-technology already shipped Reactor Vessel and a set of four Steam Generators for the first Unit of Rooppur NPP.

In total, the Enterprise will manufacture two Reactors for two Units of Rooppur NPP, including internals and Upper unit with Reactor Cover and eight Steam Generators.

Reactor is a vertical cylindrical vessel with an elliptical bottom, inside which the core and internals are located. The weight of VVER-1200 Reactor Vessel exceeds 330 tons, the height is 13 meters, and the diameter is 4.5 meters.

The top of Reactor is hermetically sealed by Cover with installed on it drives of mechanisms and Reactor control and protection rods and nozzles for outputting cables of in-core instrumentation detectors. Reactor Cover is fastened to Vessel by means of studs. In the upper part of Vessel there are nozzles for coolant inlet and removal, as well as nozzles for emergency coolant inlet during circuit leakage.

Rooppur NPP is being designed and built as per a Russian project. The design and construction of the facility is carried out by the Engineering Division of the Rosatom State Corporation.

The power plant will consist of two power units with VVER-type reactors, the life cycle of which is 60 years with the possibility of extending the service life for another 20 years.

EM-technology will manufacture Reactors and sets of Steam Generators for two power units of the power plant.