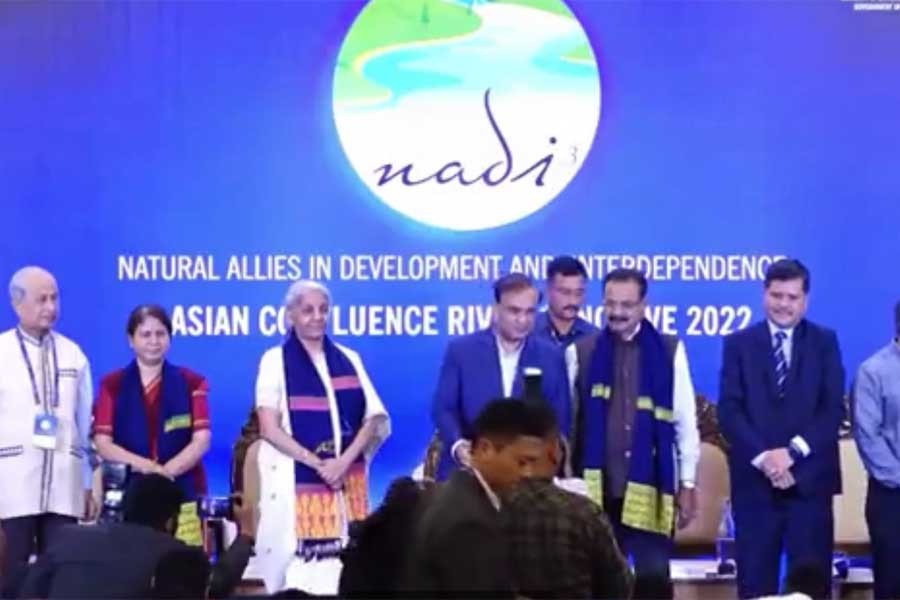 Highlighting the geographical position of Bangladesh in the Indo-Pacific region, international experts on Sunday said that the country is set to gain a huge economic dividend by becoming the manufacturing hub of the South Asian region.

“Bangladesh occupies a strategic position. It is at the intersection between South Asia and South East Asia. Bangladesh should fully utilise its geographic advantage and expand its economic advantage” Japanese Ambassador in Bangladesh said while addressing the Asian Confluence River Conclave in Guwahati.

Japan views the development of Bangladesh as significant not only to the country itself but also to the overall stability and prosperity of the Indo Pacific region, said Mr Ito at a session chaired by Deepa Gopalan Wadhwa, former Indian ambassador to Japan.

The experts also pointed out that by getting access to Bangladesh seaports, especially the Matarbari Deep Sea Port, North East India can also accelerate its growth momentum.

Kunihiko Kawazu, Charge D Affairs, Affairs of Japan Embassy in India, told the session that when the landlocked countries in the region like Nepal, Bhutan and the North Eastern states of India will be connected to the Bay of Bengal through Bangladesh, the supply chain situation of the region will change dramatically.

He cited the example of the East West corridor in South East Asia that connects landlocked countries like Laos to the sea through other countries.

Mr Kawazu said Matarbari deep seaport will connect the landlocked North Eastern regions of India to the sea through Bangladesh.

Matarbari will be the only deep seaport in the region which would enable big scale transportation and offer big business opportunities for Bangladesh and the North Eastern Indian states, which are within 100 km reach of the port.

Addressing the conference, Japanese Ambassador in Bangladesh Ito Naoki said the dynamism created by the confluence of the Indian Ocean and the Pacific Ocean is the engine of economic growth of the entire world.

“The centre of gravity of world economy is shifting towards the region which stretches from the Himalayan to the Bay of Bengal, and India and Bangladesh should seize the momentum and enjoy more economic prosperity” he added.

Terming the Matarbari deep seaport as a game-changer for economic development, he said that it will be a hub of energy and transportation.

Once completed, it will connect entire South Asia while Japan and will also be able to connect with the North East region of India, he added.

Highlighting the trilateral cooperation between Bangladesh, India and Japan, he mentioned projects like Jamuna rail bridge funded by Japan and road development projects funded by India are initiatives aimed at creating smooth connectivity in the region.

The Japanese Ambassador also pointed out that the 1.0 million Rohingya people in Bangladesh are posing threat to the stability of the region and urged all to resolve the crisis.

She said the theme of the conclave that focuses on building alliances among regions and having growth through interdependence are also the visions of the Indian government.

Sabya Sachi Dutt, executive director of the Asian Confluence thanked the participants and partners for making the assembly a success through valuable deliberations.

He said that such initiatives of the organisation to promote regional connectivity will continue.