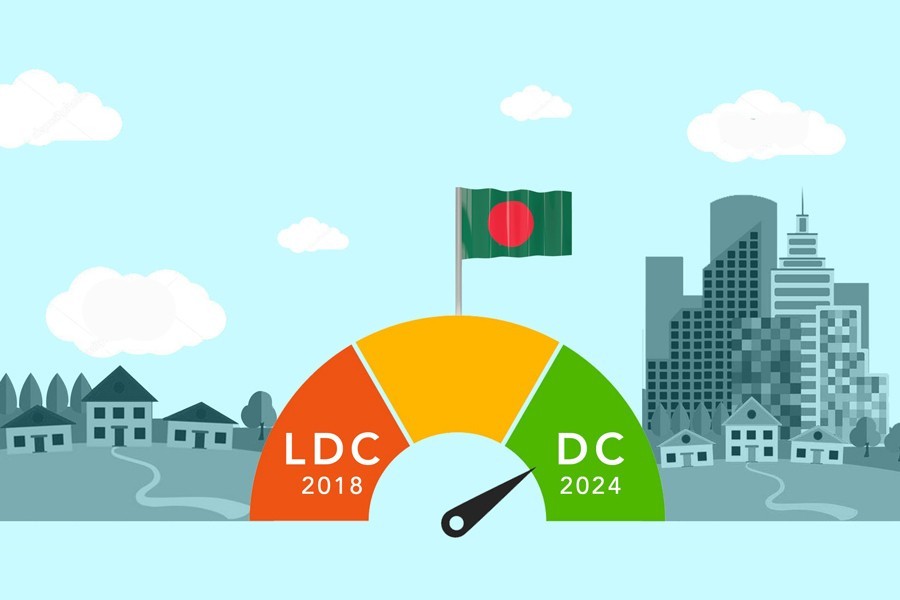 Lifting conditions regarding local value addition and gradual cut in HS Headings on apparel items are among measures envisaged as export booster after Bangladesh's LDC graduation that will banish cash incentives.

Sources say such substitutes are being mulled as businesses fear phasing out existing cash incentives through LDC graduation might dent the country's export-competitiveness on the global market.

Besides, they say, the country's initiatives to boost export and diversify product baskets might also face headwinds in the event of such benefits being waived.

The Ministry of Finance has expressed such worries in its recommendations made for placing before the 'National Committee on Export'.

To cope with the challenges in the offing, the ministry has recommended some prudent steps to help sustain the export growth even in post-graduation era.

Among the possible steps are removal of the existing conditions regarding local value addition for the recipients of such benefit and gradual cut in the HS Headings enjoyed by some readymade garment (RMG) items, reads the recommend document.

The finance authority also recommends taking alternative measures as Bangladesh has an obligation to withdraw cash incentives/subsidy facility after its graduation from least-developed countries (LDCs) club in 2026.

In this situation, it believes in the urgency of discussing and taking proper decision as to what alternative measures can be adopted.

The finance division mentioned in the suggestions that Bangladesh needs to gradually reduce export incentives/cash assistance for some RMG items under HS Headings as the country had crossed the competitive threshold more than eight years ago under the headings.

According to the Annex VII of The Agreement on Subsidies and Countervailing Measures ("SCM Agreement") LDCs and 20 countries mentioned in the paper are exempt from the prohibition on export subsidies.

However, the export-competitiveness of one or more products of any developing country mentioned in the agreement to reach 3.25 per cent (which is the percentage of total exports of a country to world exports at the HS Headings level), the subsidy on those products has to be withdrawn step by step within eight years, says the suggestions paper.

'If Bangladesh is considered among Net Food Importing Developing Countries (NFIDC), it will be able to provide cash assistance on export of agricultural produce until 2030. Therefore, Bangladesh should apply to the WTO at the beginning of 2026 to be recognized as NFIDC," the paper views.

At present, the government is providing export incentives or cash assistance in the country's 42 sectors to encourage export trade.

According to the goal, six subcommittees have been formed as per the instruction of the Prime Minister's Office (PMO).

One of the panels is on internal resource mobilization and tariff rationalization headed by the senior secretary, finance division. A 'study group on Subsidy' under the committee was formed under the division.

"Realising the urgency, the government is trying to secure duty-free market access to a good number of countries after the LDC graduation as many developed countries will not continue the trade privilege in the post-LDC era," says a commerce ministry official.

Currently, Bangladesh has achieved DFQF market access from the developed and advanced developing countries as a member of the World Trade Organisation (WTO), which is known as generalised system of preference (GSP).

When contacted, Dr. Mustafizur Rahman, Distinguished Fellow of the private think-tank Centre for Policy Dialogue (CPD), said discontinuation of cash subsidy after the graduation would not affect the exportable products as a whole.

He suggests necessary safeguards or protective measures for the products, especially subsidy on which it would not continue in the post-graduation regime.

"Besides, prudent steps should also be taken to increase the productivity to face the challenges ahead," Dr Mustafizur says.

The trade economist also suggests that Bangladesh should also pay special attention toward 'ease of doing business' for helping enhance its export-competitiveness on the global market.