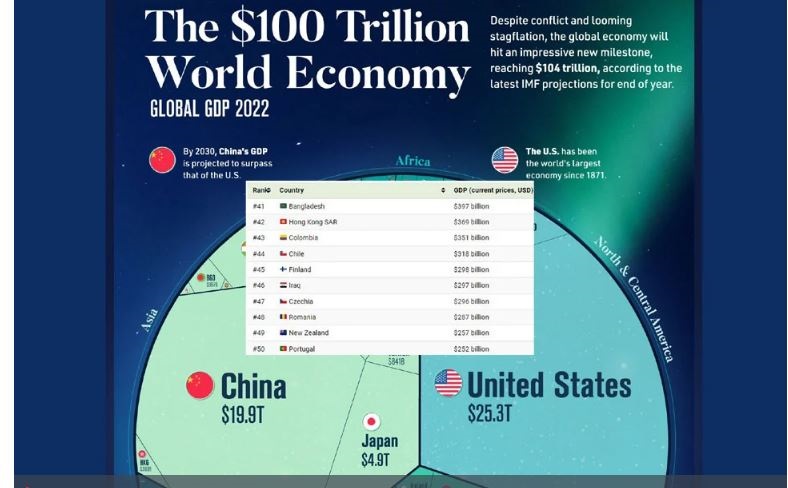 The ranking came in a report published by the Canadian-based news agency Visual Capitalist.

It released a list of 191 countries based on the global GDP of 104 trillion dollars.

In the list, the United States remains atop based on the new criteria. The GDP of the country is 25.3 trillion dollars being one quarter of the total global GDP. China is in the next position having 19.9 trillion dollars which is one-fifth of the global GDP.

Meanwhile, Japan is at number three with 4.9 trillion dollars while Germany is the highest GDP among European countries with 4.3 trillion dollars. It holds fourth position in the global list.

Besides, Italy has GDP of 2.1 trillion dollars ranking the ninth. Of the South American countries, Brazil is atop having 1.8 trillion dollars of GDP. It has ranked the 10th in the world. Nigeria is the biggest  economy in Africa with GDP worth 511 billion dollars, securing 31st position in the list.