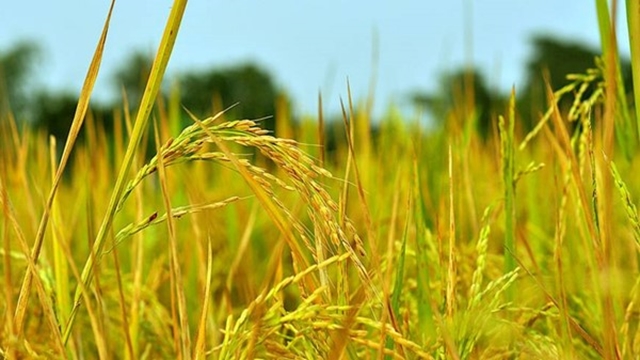 Every year up to two million people add up to Bangladesh’s 165 million population. To feed the yearly add-on, an additional 500,000 metric tons (MT) of food is required to produce.

With the current farm production hitting a plateau, government plans to break the yield ceiling by embarking upon a new national agriculture policy, drafted five years after the existing one adopted in 2013.

Agriculture Ministry sources said that the proposed National Agriculture Policy 2018 elaborated ways and means to augment farm production in the country to meet the growing needs of an increasing population.

To elicit views from people of all strata Bangladesh Agricultural Research Council (BARC), the federating body of all farm research stations in the country, is hosting a meeting on Sunday prior government finalises the new national agriculture policy.

The draft policy envisages plan to pursue frontier sciences including agricultural biotechnology, and invest more on research and development (R&D) to break the current yield ceiling and go for achieving higher growth momentum.

The proposed National Agriculture Policy 2018 got it on records that moves would be taken to stop conversion of farmlands as the country is losing its fertile crop lands to urbanisation, brick kilns, industrialisation and to illegal land grabbers. It emphasises on use of more surface water and reduce pressures on groundwater for farm irrigation otherwise ecological balance will be in great danger.

The new policy guideline has got clear mandates for inviting private sector to invest in agricultural research. It expresses firm resolve to tap full potential of Bangladeshi scientists’ unlocking genome maps of jute so that better breeds can be developed.

It takes the climate change impacts on farm productivity into serious consideration and stresses on developing crop varieties which would be able to withstand stresses like drought, cold, salinity and submergence.

The proposed policy keeps provision of using modern IT technology and other advanced knowledge to pursue precision farming, more mechanisation and elimination of hazardous practices like employing of children in pesticide application.

After six years of sustained balance in rice production and supply, Bangladesh has been badly poised in the current fiscal as far as attaining self-sufficiency in the staple is concerned. Till last week government and private traders imported over 3.2 million MT of rice, a record for many years