Stephen Hawking, a life in 10 dates 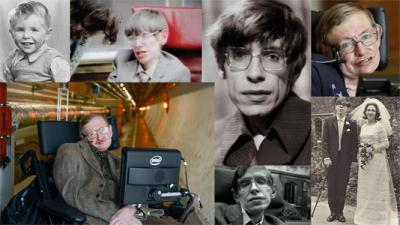 Here are 10 key dates in the life of renowned British physicist Stephen Hawking, who died Wednesday at the age 76:

- 1962: With a degree in physics from the University of Oxford, he undertakes research in cosmology at Cambridge, completing a doctorate thesis entitled "Properties of the Expanding Universes".

- 1963: He learns that he suffers from a form of the degenerative and paralysing motor-neurone disease amyotrophic lateral sclerosis (ALS).

- 1965: He marries Jane Wilde, with whom he has three children before they separate after 25 years. In 1995 he marries his former nurse, Elaine Mason; they too divorce after several years.

- 1974: He becomes at 32 one of the youngest members of the Royal Society, Britain's most prestigious scientific body.

- 1979: He is appointed Professor of Mathematics at Cambridge University, a post he occupies for 30 years.

- 1985: He loses the ability to speak after undergoing a tracheotomy to help him breathe after contracting pneumonia. This results eventually in his use of a computer and a voice synthesiser to communicate.

- 1988: Hawking publishes "A Brief History of Time", which seeks to explain to non-scientists the fundamental theories of the universe. It becomes an international bestseller, bringing him global acclaim.

- 2007: He goes on a weightless flight in the United States as a prelude to a hoped-for sub-orbital spaceflight.

- 2014: The Hawking biopic "The Theory of Everything", by director James Marsh, is released. British actor Eddie Redmayne goes on to win an Oscar for his portrayal of the scientist. afp