Streaming films eligible for Oscars for a year 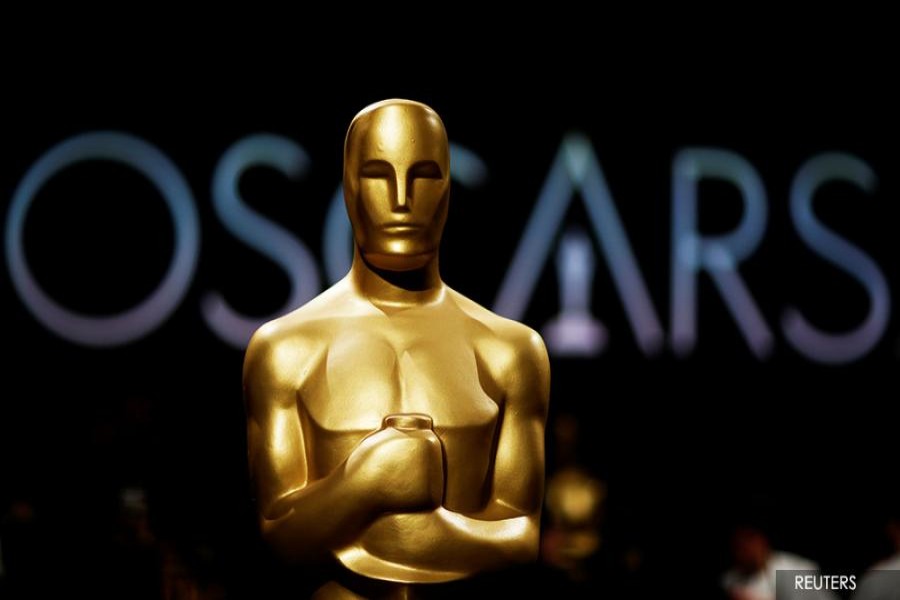 Movies that debuted on a streaming service without a theatrical run will be eligible for the Oscars, but only for this year.

The Academy of Motion Pictures Arts and Sciences on Tuesday announced the change for the 93rd Academy Awards as a response to how the coronavirus pandemic has impacted the film industry.

The film academy also said it will condense the two sound categories into one and prohibit DVD screeners for 2022's 94th Oscars in an effort to become more carbon neutral, the Associated Press reported.

Oscars eligibility has been a major question since stay at home and social distancing orders led to both the cancellation of major film festivals and the closure of movie theaters.

Previously, a film would have to have a minimum seven-day theatrical run in a Los Angeles County commercial theater in order to be considered for film's highest honour.

Now films that had a previously planned theatrical release but are made available on a home video on demand service may qualify for best picture and other categories.

"We're dealing with the unfolding reality of an unanticipated, unprecedented global health crisis and trying to be responsive to what's going on in the world and at the same time support our filmmakers who are in a circumstance beyond their control," film academy president David Rubin told The Associated Press Tuesday.

Dawn Hudson, the CEO of the film academy, said that they have been in "constant conversation with all parts of our community from studios to filmmakers to theater owners" to make decisions that support all.

Earlier this month, the film academy donated $6 million to help motion picture employees and their families during this crisis.

"Our primary message is take care of yourselves," Hudson added. "We'll be flexible on our rules this year because we understand how unprecedented and devastating this is."

The academy's board noted, however, that when theaters reopen, the rules exemption will no longer apply. Many expect cinemas nationwide to reopen by June or July. If that is the case, the film academy will expand the qualifying theaters beyond Los Angeles County to include venues in New York City, Chicago, San Francisco, Miami and Atlanta.

"The theatrical experience is the DNA of the academy and that communal experience of the movie theater is something we feel is intrinsic to movies," said Hudson.

Other changes included combining the sound mixing and sound editing categories into best achievement in sound.

"This is something long in the making and generated by the experts in the sound field. They wanted to propose this change after reviewing a long history of overlap," Rubin said. "They wanted it to be reflective of how the sound industry works together today."

Additionally, all film academy members are now able to vote in the first round for international feature film, the category formerly known as best foreign language film.

The board also said for a film score to be eligible in the original score category, it must have 60 per cent original music. For sequels and franchise films, there must be a minimum of 80 per cent new music.

Rubin and Hudson said that the film academy's response to COVID-19 will continue to be fluid.

No decisions have been made yet as to plans for the annual Governors Awards, which are typically held in the fall in Los Angeles. But the 93rd Academy Awards are still a go, scheduled to be held in Los Angeles on Feb 28, 2021.