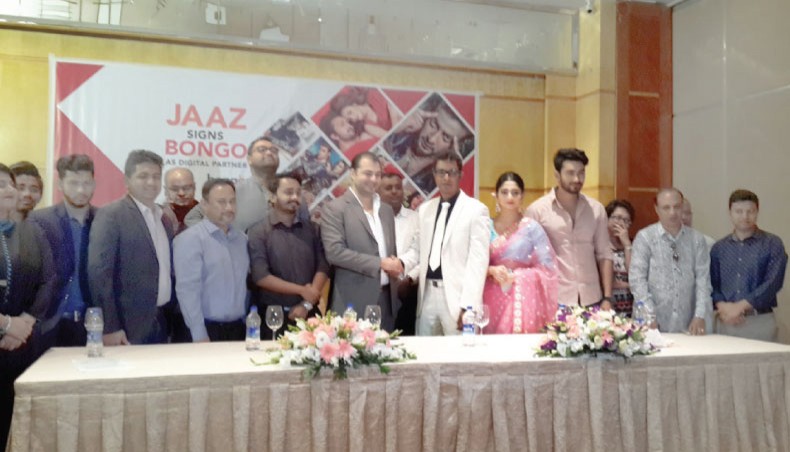 From now, feature films produced and distributed by Jaaz Multimedia will be available on the website of content platform Bongo BD.

Bongo BD will distribute the feature films and other digitally contents produced by Jaaz globally and it will also manage the YouTube Channel of Jaaz Multimedia, where Jaaz has been uploading trailers and songs of its films.

A contract was signed in this regard between Jazz Multimedia and Bongo BD at Dhaka Westin in capital’s Gulshan on Saturday.

There exists huge demand for Bangla films among Bangla language speakers in India, Middle East and Europe. Film lovers from across the globe will be able to enjoy the feature films for a reasonable price on the website of Bongo BD, said speakers at the programme.

‘According to our survey, a large number of film lovers in India, Europe and Middle East are interested to watch Bangla films produced by Jazz Multimedia.

We decided to sign the contract so that Bangla language speakers across the globe can watch our films. This will create an alternative revenue earning source for local films,’ said Abdul Aziz.