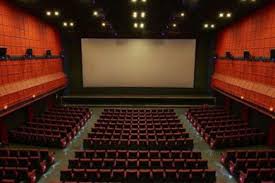 After what would be almost exactly 7 months of shutdown since March 18, the cinema halls in Bangladesh are set to welcome moviegoers again from October 16, Information Minister Dr Hasan Mahmud disclosed at a press conference Monday.

The minister announced this decision at the secretariat after a meeting between the ministry and Bangladesh Film Distributors' Association took place yesterday.

"If the current situation of COVID-19 in the country does not worsen in the near future, we can reopen the halls from October 16 if our Prime Minister Sheikh Hasina approves the decision," Dr Hasan Mahmud informed journalists at the press conference.

However, the halls will initially only be allowed to operate at half capacity and they also have to re-allocate the seating arrangements to assure proper maintenance of the health guidelines. "Also, if the Covid-19 situation deteriorates, the decision would have to be reversed," he added.

Explaining PM's special attention to the devastating state of the cinema industry, the minister said "We now have approximately 200-250 cinema halls and cineplexes still operating, from having approximately 1,200 cinema halls all over the country and our Prime Minister Sheikh Hasina is very keen to improve this industry. On August 25, she asked to create a special fund to provide financial support to the owners of cinema halls through a big project, in order to revive their business through grants and loans at the Executive Committee of the National Economic Council (Ecnec) meeting."

The downfall of the industry was even propelled with the pandemic this year since the shutdown of the halls was announced back in March.

Major occasions like the Pahela Baishakh, Eid-Ul-Fitr, Eid-Ul-Adha in which the industry generally eyes big profit margins in the calendar year - have generated absolutely zero money this year because of COVID-19. The estimated loss during these occasions is around Tk 500 crore for the entire industry, according to the industry insiders.

Now with the decision of reopening, the industry is eyeing for a resurgence. Film shootings for upcoming projects have also been resumed in recent times since the lockdown was lifted.