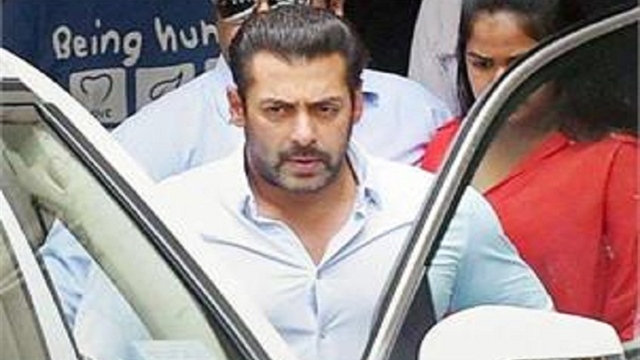 Superstar Salman Khan, who was found guilty in the blackbuck poaching case, has now been permitted to travel abroad by the Jodhpur district and sessions court.

On Tuesday morning, the ‘Dabangg’ of Bollywood filed a petition, seeking permission to travel abroad as many of his projects are scheduled to take place in foreign countries.

The actor got a sigh of relief, when the court approved his plea.

Salman was found guilty in the 1998 blackbuck poaching case and was sentenced to five-year imprisonment.

After the verdict, the actor was taken to the Jodhpur Central jail, where he spent two nights and was out on bail after signing two separate bonds worth Rs 25,000 each.

On April 5, Salman was convicted in the case while co-accused Saif Ali Khan, Tabu, Sonali Bendre and Neelam were acquitted of all charges.

On the work front, Salman has quite a number of films in his kitty. He will be seen in Remo D’Souza’s Race 3, will reprise his role of Chulbul Pandey in Dabangg 3 and also be seen in the Hindi remake of Ode to My Father titled Bharat, which will be directed by Ali Abbas Zafar.