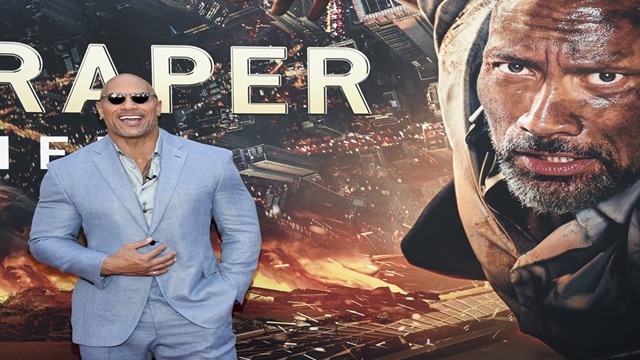 Dwayne Johnson hopes to honor the amputee community by playing a former FBI agent with a prosthetic leg in the new action thriller "Skyscraper."

In the film, Johnson plays the security consultant of a Hong Kong skyscraper who must save his family and the city from harm when it becomes engulfed in flames. The problem is intensified when he's framed for starting the blaze.

"I was honored to play an amputee, and to make sure that I did right by them," Johnson said on the red carpet for the film's US premiere Tuesday night. "The research was very extensive. I spent a lot of time with amputees."

One of those he consulted joined Johnson at the premiere: Jeff Glasbrenner, a Paralympian who became the first American amputee to successfully climb Mount Everest in 2016. Johnson called him "an amazing man."

Of the film, he added: "There's two sides to this. One is a big spectacle, big summer fun. The other side is making sure that we paid homage and respect to amputees around the world."

"There hasn't been an amputee as the lead of an action film, ever, as far as I know. And I thought it was high time and I hope we're not the last. I think Dwayne worked really, really hard to represent that community and honor that community. And I think he did a fantastic job," Thurber said.