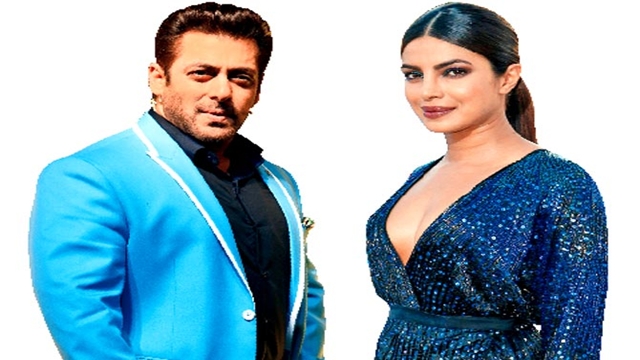 Bollywood superstar Salman Khan and actress Priyanka Chopra who will be sharing screen space for the first time after 10 years, on Sunday began shooting for their highly anticipated project Bharat, set to be directed by Ali Abbas Zafar.

Zafar, whose previous two outings with Salman Sultan and Tiger Zinda Hai received a thunderous response at the box office, took to Twitter to seek blessings.

Salman and Priyanka were last seen together on the silver screen in God Tussi Great Ho. The duo has also done hit films like Salaam-E-Ishq and Mujhse Shaadi Karogi.

Their fourth film, Bharat, is already amongst Bollywood's much-awaited projects since it was announced earlier this year.

From the film's location scouting to Disha Patani's training, Ali Abbas Zafar has been sharing various insights from the film with his fans on Twitter.