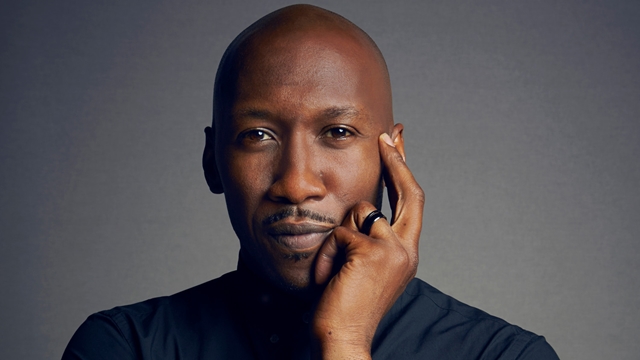 Two-time Academy Award-winner Mahershala Ali is going to be "Blade." Marvel Studios President Kevin Feige closed out an epic presentation Saturday at Comic-Con with the news.

Ali joined his fellow Marvel Cinematic Universe stars on stage and simply put on a black baseball hat that had the word "Blade."

No other details, including a release date or director, were announced.

Don't worry about the events of "Avengers: Endgame," Scarlett Johansson will definitely be back as Black Widow in the long awaited stand-alone film.

Just 30 days into production, Johansson introduced teaser footage of hand-to-hand combat in Budapest to a big audience at San Diego Comic-Con on Saturday.

Thor is going to be a woman played by Natalie Portman in the fourth installment in the series about the god of Thunder.

Chris Hemsworth, Tessa Thompson and Waititi have revealed the title and logo. "Thor: Love and Thunder" is set for release on Nov. 2, 2021.

Waititi says he was inspired by the comic source material "The Mighty Thor" which introduces female Thor.

"Shang-Chi and the Legend of the Ten Rings" is going to be the second major film of Marvel Studios' Phase Four. Marvel President Kevin Feige told an audience of 8,000 screaming fans at San Diego Comic-Con Saturday night that the film will be released in theaters on Feb. 12, 2021.

Unknown actor Simu Liu has been cast to lead "Shang-Chi" alongside Awkwafina. Chinese actor Tony Leung is playing The Mandarin, and Destin Daniel Cretton, who helmed the indie "Short Term 12," is directing.

Feige also announced that the Doctor Strange sequel "Doctor Strange in the Multiverse of Madness" will be released on May 7, 2021.

Jolie says she's already in training and is going to work 10 times harder than she has on any action film before.

Phase Three of the Marvel Cinematic Universe ended this summer with "Spider-Man: Far From Home" and "Avengers: Endgame."

Feige also says "Endgame" will surpass "Avatar" as the highest-grossing film ever in a few days.