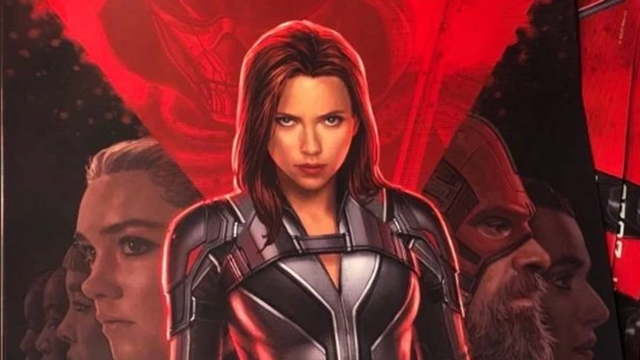 The official D23 poster reveals a new costume for the superhero, which is slightly different from her usual look in other MCU movies. The poster also features other major characters of the film, including Florence Pugh’s Yelena Belova, Rachel Weisz’s Melina and David Harbour’s Red Guardian.

While Black Widow was killed in Avengers: Endgame, this film does not bring her back. Instead, the movie is set after the events of Captain America: Civil War and before Avengers: Infinity War.

After Civil War, Black Widow was on the run from the government for aiding Steve Rogers (Captain America) in his escape. At some point of time, she met Steve, also an outlaw, and Sam Wilson (Falcon).

A prelude comic had her using her KGB contacts to track down a terrorist organisation using Chitauri weapons in the Syrian conflict. She disabled the weapons with Rogers and Wilson and the next we saw the three was when they were rescuing Wanda and Vision from Thanos’ Black Order in Infinity War.

Black Widow will bring Natasha face-to-face with some of the demons from her past.

Written by Jac Schaeffer and Ned Benson, Black Widow releases on May 1, 2020.

Netflix gets VAT registration in Bangladesh