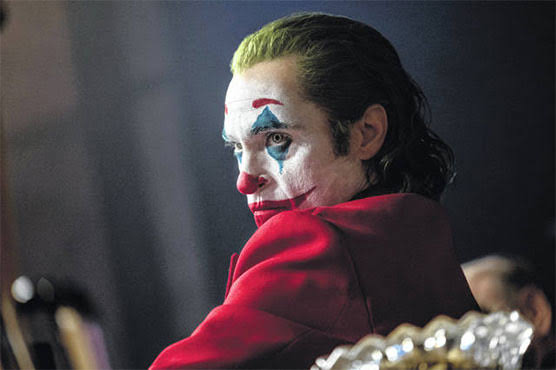 Warner Bros.’ “Joker” has survived the
intense controversy over its violent themes to take in an estimated $93.5
million in North American theaters this weekend, setting a record for an
October release, industry watcher Exhibitor Relations reported Sunday.

Starring Joaquin Phoenix, “Joker” provides the backstory for the rise of
Batman’s maniacal nemesis, painting a dark and disturbing portrayal of a
would-be stand-up comedian’s descent into madness.

Amid fears that it might inspire violence — a shooting at a 2012 screening
of “The Dark Knight Rises” in Aurora, Colorado claimed 12 lives — some
theaters provided extra security for the opening of “Joker.”

The film, directed by Todd Phillips (maker of “The Hangover” trilogy), has
drawn tepid reviews; the Washington Post called it “grim, shallow (and)
distractingly derivative.” But Hollywood Reporter said the R-rated film got a
B+ CinemaScore rating and earned 69 percent on the Rotten Tomatoes website.

Universal’s family-friendly “Abominable” placed a distant second at the box
office, earning $12 million for the Friday-to-Sunday period in its second
weekend. It tells the story of a teen and her friends trying to help a young
Yeti reunite with its family as a wealthy man seeks to capture it as a prize.

In third, at $8 million, was Focus Features’ “Downton Abbey,” the cinematic
follow-up to the hit TV series about an upper-class family and their stately
home in a changing Britain. The movie has the Crawleys and their earnest
staff scrambling to prepare for an unexpected visit by the British royals.

“Hustlers” from STX Films placed fourth, at $6.3 million. The Jennifer
Lopez movie is based on a true story about strippers who plot to steal from
their wealthy clients in recession-hit New York.

And in fifth was horror film “IT: Chapter Two,” at $5.4 million. The Warner
Bros. movie features the grown-up versions of the kids who battled the
terrifying clown Pennywise 27 years earlier as they are forced do it again.

Rounding out the weekend’s top 10 were: