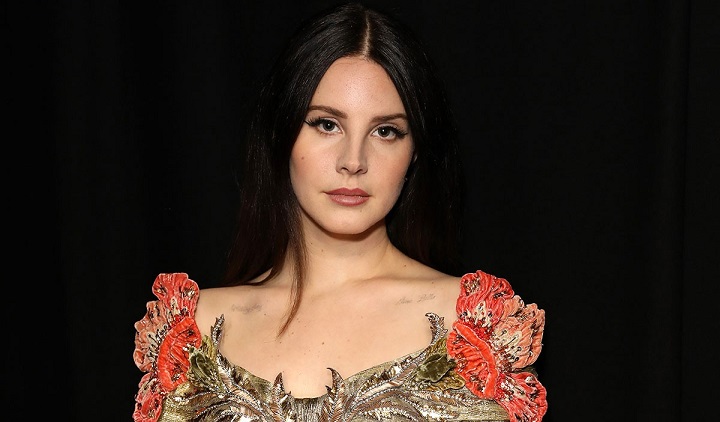 Lana Del Rey's haunting ballad Video Games has been named song of the decade at the Q Awards in London.

"I'm so honoured. This is unreal," said the star, who accepted the prize via video link.

Released in 2011, Video Games was initially rejected by dozens of record labels, who said it was too long, too moody, and lacked the drums it needed to get played on the radio.

But it became the singer's breakthrough hit, reaching number nine in the UK.

"I just can't tell you how much this means," the star said in her acceptance speech. "I got my start in London so I wish I could be there, but I'm there in spirit."

The rest of the Q Awards were dominated by grime- with Stormzy, Dizzee Racsal and Little Simz all picking up major prizes.

Stormzy picked up best solo act, beating Liam Gallagher, and seemed uncharacteristically nervous as he took to the podium.

"This means a lot to me. It's been a very crazy year for myself and my team and my family... I'm at a loss for words."

The star, who headlined Glastonbury in June, also announced that his publishing company, Merky Books, had acquired the rights to the autobiography of best-selling Young Adult author Malorie Blackman.

Scottish troubador Lewis Capaldi picked up the best track award for his heartbreak ballad Someone You Loved.

"Music isn't a competition, but I won!" he joked as he accepted his prize at the Roundhouse in Camden.

The 1975 were named "greatest act in the world right now", an accolade that singer Matty Healy described as "a bit silly".

"Actually, 'greatest act' is really, really humbling, because there's a lot of great acts, but there's not many great bands," he added.

"Bands are kind of dead. Or at least, four white guys with guitars being the zeitgeist is not where we are."

Elsewhere, the Q Hero award went to Kim Gordon, co-founder of New York band Sonic Youth and "godmother of grunge"; while French pop phenomenon Christine and the Queens was named the 2019 Q icon.

"Okay, no biggie," said the star as she took to the stage.

"It's a bit unreal because this just started with a computer and a crazy hunger at 20 to be a bit freer, so thank you for letting me do that since then.

* Best album - Foals: Everything Not Saved Will Be Lost (Part 1)

* Q icon - Christine And The Queens