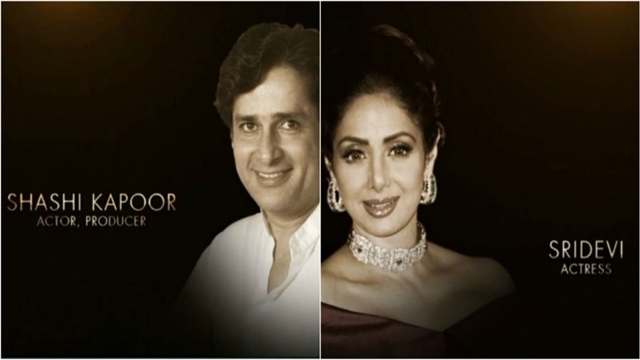 Homages were paid to late Indian actors Shashi Kapoor and Sridevi at the 2018 Oscars awards in Los Angeles Sunday night for their contribution to cinema.

Both were remembered during the ‘In Memoriam’ session at the 90th Academy Awards on Sunday.

Shashi Kapoor had acted in international projects like "The Householder", "Shakespeare Wallah", "The Guru", "Bombay Talkie" and "In Custody".