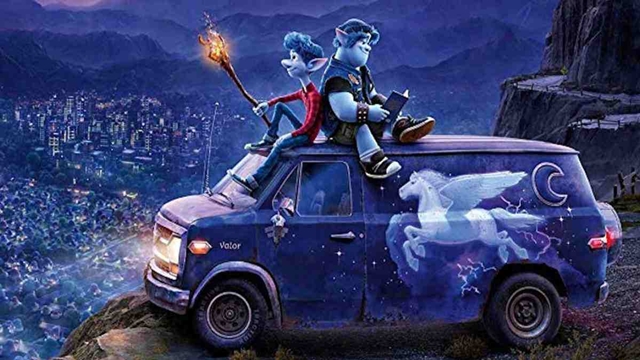 The film is directed by Dan Scanlon and produced by Kori Rae -- the team behind 2013's "Monsters University."

Set in a suburban fantasy world, the story introduces two teenage elf brothers, Ian and Barley, who embark on an extraordinary quest to discover if there is still a little magic left out there that will bring back their deceased father.

"Onward" is Pixar Animation Studios' 22nd feature film. It is inspired by Scanlon's personal experiences with his brother and their connection with their dad who passed away when Scanlon was about a year old.

"My father has always been a mystery to us. A family member sent us a tape recording of him saying just two words: 'hello' and 'goodbye.' Two words. But to my brother and me, it was magic," said Scanlon in a press briefing.

The film features the voices of Tom Holland as Ian, Chris Pratt as Barley and Julia Louis-Dreyfus as their mother.

"I think what's amazing and what Dan has been able to do in this film is to tell a very personal story in a universal way. And that's because he didn't get too attached to all of the specifics of his own story, but just enough that would feed a global universal story," Rae said in an earlier interview with Xinhua, adding that this modern suburban fantasy film is a new genre for Pixar.

"I do think it's a story about your family, where you come from, how your ancestry and your lineage affect who you are and who you're going to become. Yeah. That's deeply ingrained in what this film is," Scanlon said.

"As someone who never knew his father, I am fascinated by the history of my family and what kind of missing blueprint of who I should become or avoid becoming," he said. "I've always been interested in film and wanting to tell stories."

The film received a positive "A-" CinemaScore from audiences and holds an approval rating of 86 percent based on 225 reviews to date on the review-aggregation website Rotten Tomatoes.