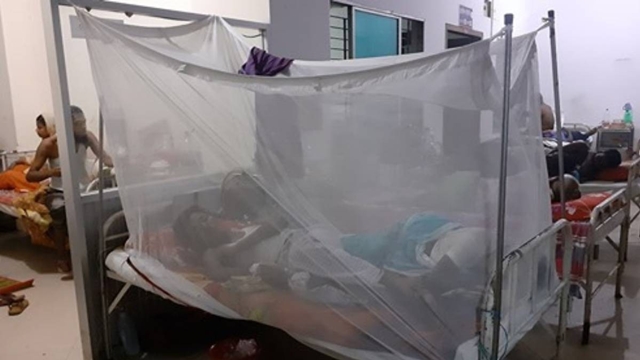 Urging people not to be worried about the current dengue situation, Health Minister Zahid Malik has said his ministry has formed 10 high-level teams to monitor the dengue situation round the clock.

“A cell has been opened at the ministry which is monitoring whether doctors are working or not and taking instant actions if any negligence is found,” the minister said an interview.

He said all the civil surgeons have been alerted over the situation and medical teams are being sent to each district to provide training on dengue treatment.

Besides, Zahid Malik said, a booklet or guideline is being distributed among people to raise awareness and control dengue.

The Directorate General of Health Services (DGHS) is in touch with foreign doctors to learn their experiences about dengue treatment, the minister said.

Responding to a question, he said, “We were concerned about the Eid time. The Eid vacation of the officials concerned has already been cancelled and we’re monitoring the situation constantly.”

There is no shortage of doctors, nurses as well as dengue testing kits and saline, the minister affirmed.

Suggesting all not to be panicked, Zahid Malik said they are working together so that people can be freed from dengue infection through proper treatment.

Responding to another question, the Health Minister said people are crowding hospitals for dengue test just out of fear.

In the last week, he mentioned, only 16 people found with dengue infections out of 600 who underwent tests at Dhaka Medical College Hospital while seven out of 163 at Dhaka Sishu Hospital.

According to the Directorate General of Health Services (DGHS), a total of 2,348 people were infected with dengue in the 24 hours till Tuesday morning.

Of them, 1,284 were infected in the capital alone and five of them were suffering from dengue hemorrhagic while another from dengue shock syndrome.

A total of 29,912 people were hospitalised across the country with dengue since January 1.

During the period, 23 dengue patients died, all in the capital, the DGHS said although the unofficial estimates suggest the death toll is much higher.