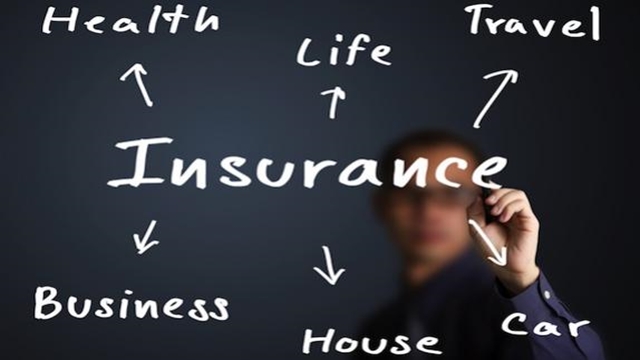 Eight insurance companies have allegedly avoided around Tk345 crore in Value Added Tax (VAT) in four years, according to officials at the Large Taxpayers Unit (LTU) for VAT under the National Board of Revenue (NBR).

The LTU-VAT has been trying to realize the evaded tax and has already issued several notices to the insurers, said Commissioner Md Matiur Rahman.

“We are trying to realize the dues both in formal and informal ways. Some insurers went to the court and took out a stay order against our demand notices. We have appealed against them and vacated some of the stay orders,” he said.

“However, we are giving effort to realize the dues both in formal and informal ways.” 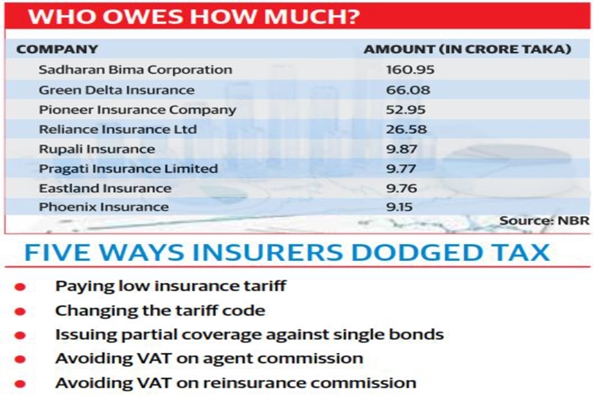 The LTU-VAT has already formed a core committee comprising of representatives from the Insurance Development and Regulatory Authority (IDRA), Bangladesh Bank, Bangladesh Insurance Association (BIA) and NBR, the commissioner said.

The committee has already organized a meeting and another will be held soon, added the unit Commissioner.

Bangladesh Insurance Association (BIA) President Sheikh Kabir Hossain said: “It is a disputed issue. Some companies have also filed writ petitions with the apex court against the VAT as they thought that the NBR claim was incorrect.”

“The companies think that they have not evaded any tax and went for legal help. But they will pay the claimed dues if they lose the legal battle.”

He also said: “For the sake of the insurance industry, we have urged the government not to impose VAT on agents’ commission and reinsurance commission. We hope that the government will take a positive step in this regard.”

When asked past incidents of tax evasion by insurance companies, he admitted that it can happen and at the same time it is not right to blame the whole industry.

“For overall control and monitoring, there are regulatory authorities, laws and other systems,” he added.