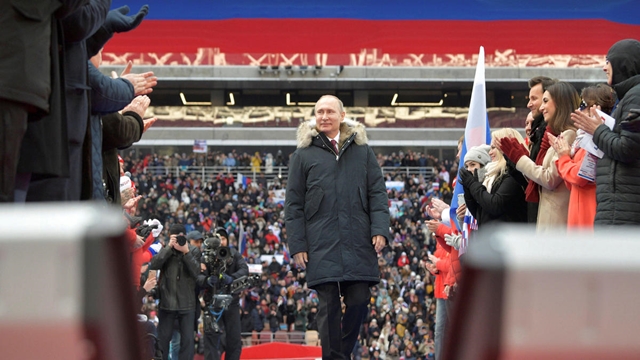 President Vladimir Putin has expressed gratitude to the nation after winning a landslide victory in the presidential election, in which he garnered nearly 77 percent of the votes.

Addressing a crowd in his electoral campaign headquarters on Sunday night, Putin thanked the voters for their support and said Russia had a great future ahead of it.

From the 99.8 percent of ballots counted, Putin received 76.67 of the votes, according to Russia’s central election commission on Monday. The main opposition leader, Alexei Navalny, was barred from the race.

No serious complaints about violations have been registered, said the commission.

Putin’s victory in Sunday’s vote is recorded as his best ever performance.

“I see in this, at the very least, a recognition of what has been done over the past few years in very difficult conditions. I see trust and hope in this; hope among our people that we will continue to work just as intensively, just as responsibly, and even more effectively,” he said.

“Thank you that we have such a powerful, multi-million member team. I am a member of your team,” the Russian leader said.

He said he was considering changes to his government, including the post of prime minister. 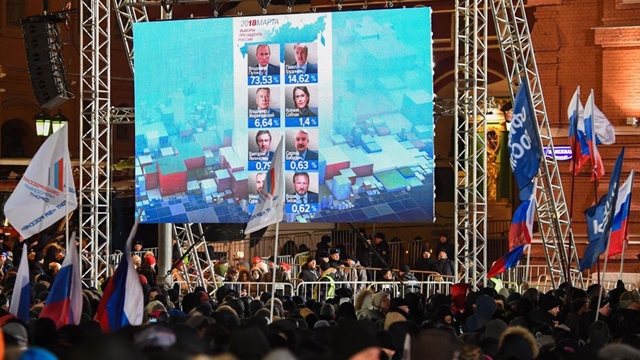 In his second consecutive and fourth six years in office, the popular president of Russia is expected to continue Moscow’s assertive presence in the international arena as strongly as before.

Ahead of the vote, Putin had seen his approval ratings skyrocketed since the last election in 2012, with many analysts saying the rise in his popularity is mainly due to his successful policies toward regional issues, particularly the conflicts in Ukraine and Syria.

The Russian presidential race coincided with the fourth anniversary of Crimea’s separation from Ukraine and reunification with the Russian Federation following a popular referendum in the Black Sea peninsula.

The Western countries branded the development as “annexation” and slapped sanctions on Russia.

Despite the hardships imposed on Russia due to the bans, Putin’s popularity rate remains higher than ever.

Putin has vowed to use his new term to boost Russia’s defenses against the West and to raise living standards.

In the Middle East, Russia under Putin has also been successfully helping the national Syrian army to fight off terrorist groups. 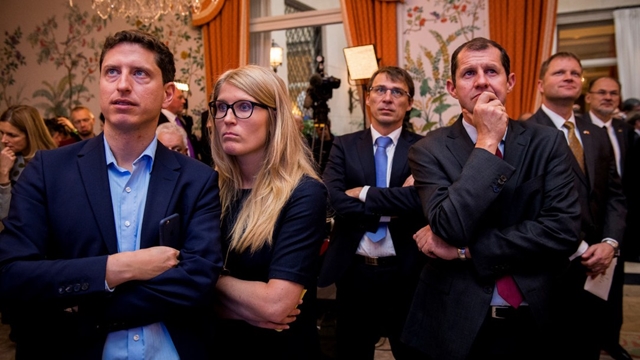 World leaders are congratulating Vladimir Putin on his election for a new six-year term as Russian president.

Chinese President Xi Jinping said his country's partnership with Russia was at its "best level in history".

In a congratulatory message to Mr Putin, China's Mr Xi said: "Currently, the China-Russia comprehensive strategic cooperative partnership is at the best level in history, which sets an example for building a new type of international relations."

German Chancellor Angela Merkel is expected to congratulate Mr Putin soon but no other Western leaders have yet done so, amid tensions over the poisoning of an ex-spy in the UK.

"We have differences of opinion with Russia and we very clearly criticise Russia's policies on some issues - Ukraine, Syria," he said.

Tensions between Russia and the West have deepened in recent weeks after the poisoning of ex-spy Sergei Skripal and his daughter Yulia in Britain. The UK government blamed the nerve agent attack on Russia.

Arriving at a meeting of European Union foreign ministers in Brussels, EU foreign policy chief Federica Mogherini focused on the poisoning, which she condemned as "absolutely unacceptable"

The UK expelled 23 Russian diplomats from London, prompting a tit-for-tat response from Moscow. The US, which has backed the UK's condemnation of Russia, recently imposed sanctions on a group of Russians over alleged interference in the 2016 election.

However, the leaders of Iran, Kazakhstan, Belarus, Venezuela, Bolivia and Cuba were among others who also sent their best wishes.

Former President Dmitry Medvedev has held the post since he changed places in 2012 with Mr Putin, who has ruled the country as either president or prime minister since 1999.