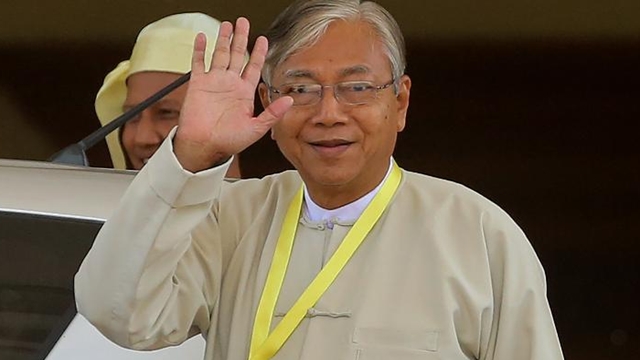 Myanmar's President Htin Kyaw, one of the most loyal allies of the country's leader Aung San Suu Kyi, has resigned due to ill health, the government said Wednesday.

During his two years in office he's essentially acted as a proxy for Suu Kyi, who is constitutionally barred from holding the presidency because her children are foreign nationals. A new position, State Counselor, was created to enable the long-time opposition politician to take a leading role in government.

Htin Kyaw's resignation comes as international pressure increases on Nobel Laureate Suu Kyi to do something to ease the suffering of the country's minority Rohingya population.

Almost 700,000 of the Muslim ethnic minority have crossed the Bangladesh border in the last six months, fleeing what the UN has described as a "textbook example of ethnic cleansing" by Myanmar troops.

The Myanmar military, which shares power with Suu Kyi, has denied the allegations, blaming the violence on members of the Rohingya militant group Arakan Rohingya Salvation Army (ASRA).