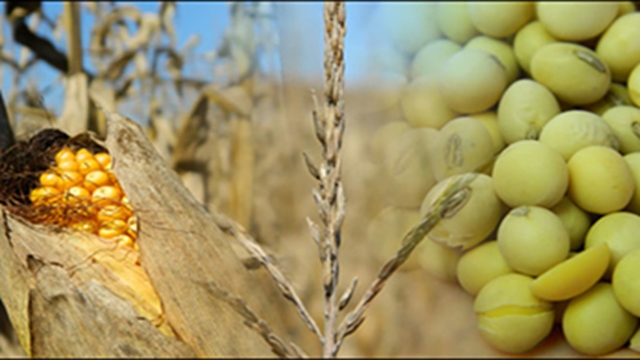 Chicago Board of Trade (CBOT) agricultural commodities closed lower over the trading week which ended March 23, with soybean futures tumbling over two percent on worries about trade tensions between the U.S. and China.

Although it has corrected some 20 cents off mid-March's high last week, corn futures still fell another 5.5 cents. This is due to simple fund liquidation, but the market is also wary of growing tensions between major U.S. trading partners.

Wheat futures fell sharply for a second consecutive week amid early- week rainfall in Kansas and the weakness in EU and Black Sea cash prices. Currencies in major exporting countries, including Russia, Australia and Canada, have fallen from recent highs, which places yet more burden on the U.S. to boost its share of world trade.

It was a wide week of trade in the CBOT soy market that left soybean lower while soy meal ended higher on a strong late week rally. Fund liquidation took markets sharply lower at the start of the week, and prices stayed under pressure into Friday.

Argentine crop ratings continue to deteriorate and world soy meal traders are worried over where supplies will be sourced.

The U.S. Department of Agriculture estimates that Argentine farmers are holding 70 percent of last year's crop, but with yields expected to fall 30-40 percent below trend, producers are still holding tight to last year's stocks. xinhua