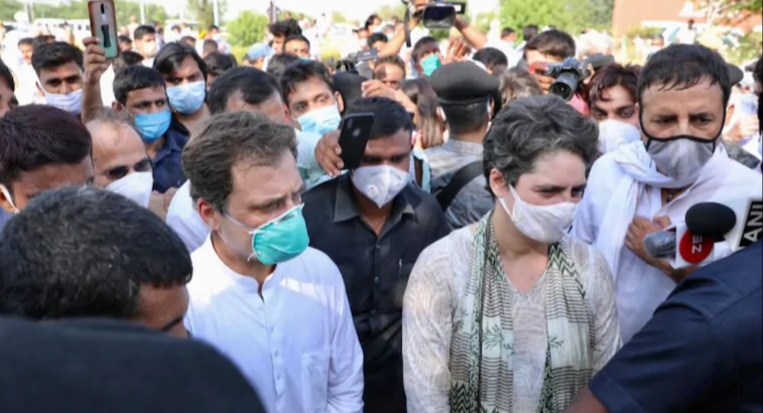 Rahul Gandhi, his sister Priyanka were detained by India's Uttar Pradesh police on Thursday near Yamuna Expressway when the duo, after being stopped on the highway, decided to march to Hathras to meet the family of Uttar Pradesh woman who was gang-raped and died in a Delhi hospital earlier this week, reports Hindustan Times.

The former Congress president alleged that he was pushed to the ground and struck with a lathi by the police. 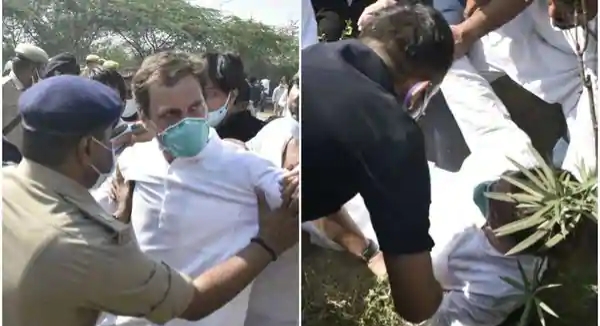 Pictures from the scene showed Gandhi being held back by the policemen, while one of them captured him taking a tumble and falling to the ground as the pushback by police continued.

The party workers quickly gathered around to pick him up. The police are citing the imposition of Section 144, which prohibits the assembly of four or more people, to deny Gandhis.

The 19-year-old Dalit woman, who died in a Delhi hospital on Tuesday a fortnight after she was gang-raped at Hathras while she was out to collect fodder with her mother, was cremated in the early hours of Wednesday, with her family alleging the local police forced them to conduct the last rites in the dead of the night.

Earlier, members of Dalit groups and activists alleged that the early morning cremation was done to prevent any mobilisation or protests in the village.

“The whole world is watching how the government and the police together cremated our sister in the absence of her family. I have been taken into custody and put under house arrest in Saharanpur; but we will continue to fight,” said Chandrasekhar Azad, chief of the Bhim Army, who had led protests outside Delhi’s Safdarjung Hospital on Tuesday.