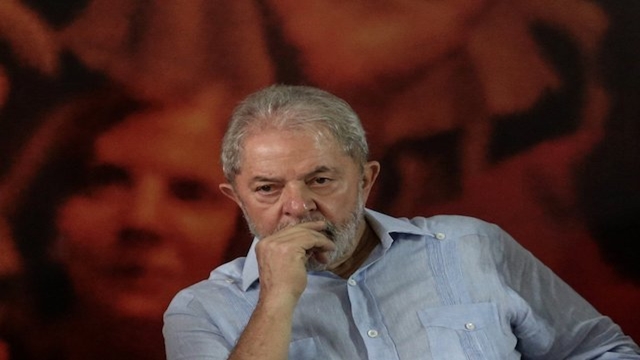 The 6-5 decision was a blow for the country’s most popular politician who is fighting to save his political career in the face of six additional corruption cases, says a Reuters report.

The case has sharply divided the country, cast a shadow over this year’s presidential election and stirred rumblings in the army.

Lula claims the charges are politically motivated, and designed to prevent him from running in presidential election, reports the BBC.

He watched the ruling at the Metalworker’s Union, where his supporters held an upbeat concert.

The 72-year-old former president is likely to remain free for a short time, until paperwork for his arrest is completed.

Lula served as president between 2003 and 2011. Despite his lead in current polls, he remains a divisive figure in Brazil.

Up to 20,000 people protested in São Paulo on Tuesday calling for his immediate imprisonment, while supporters also rallied in large numbers in a rival demonstration.

Until recently, defendants in Brazil were allowed to remain free until their final appeal had been exhausted.

However, the Supreme Court was considering a 2016 ruling from a lower court, under which defendants could be sent to jail after a failed first appeal.

Lula lost his first appeal in January, when the appeals court not only upheld his conviction, but increased the sentence from nine years to 12.

The charges came from an anti-corruption investigation known as Operation Car Wash, which has implicated top politicians from several parties.