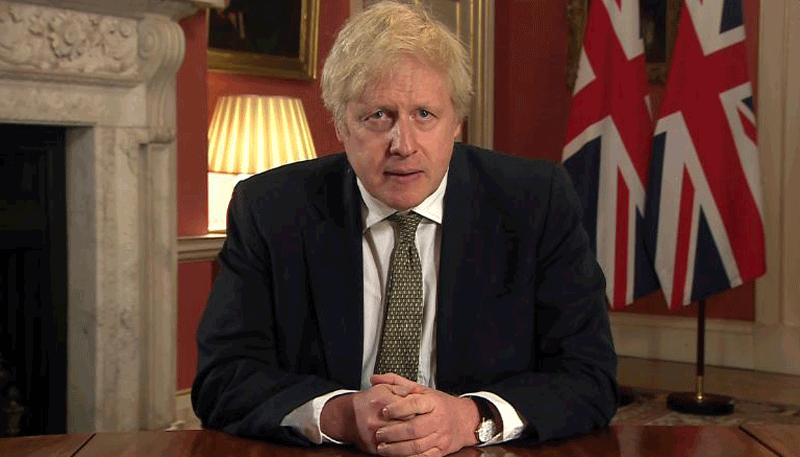 The measures, which include the closure of primary and secondary schools, will come into effect Wednesday, he said in a televised address, after Scotland announced similar measures would come into force from midnight (0000 GMT) on Tuesday.

Some 44 million people or three-quarters of the population of England are already living under the toughest restrictions, as Britain grapples with one of the worst mortality rates from coronavirus in the world.

But they have failed to halt an upward trend in positive cases, which have been blamed on a more infectious new variant.

Johnson said that as of Monday, almost 27,000 people with Covid were in hospital -- 40 percent more than at the peak of first wave of the outbreak on April last year.

"With most of the country already under extreme measures, it's clear that we need to do more, together, to bring this new variant under control while our vaccines are rolled out," he said.

"In England, we must therefore go into a national lockdown."

The new measures are similar to those during the first, three-month lockdown from late March to June last year.

They include the closure of schools, working from home wherever possible, limits on leaving home, except for exercise, essential shopping and for medical supplies, and no household mixing.

A decision on whether to hold annual national exams for 16- and 18-year-olds will be made after consultations between the education secretary and qualifications bodies, said Johnson.

That means the state-run National Health Service is at risk of being overwhelmed within 21 days if no action is taken.

Johnson said he hoped the restrictions could start to be lifted after the next school holidays in mid-February, and acknowledged the weeks ahead "will be the hardest yet".

But he said he was encouraged by the roll-out of two Covid vaccines, including one developed by Oxford University and AstraZeneca, which could see the four most vulnerable groups inoculated in the next six weeks.

"With every jab that goes into our arms, we are tilting the odds against Covid and in favour of the British people," he added.