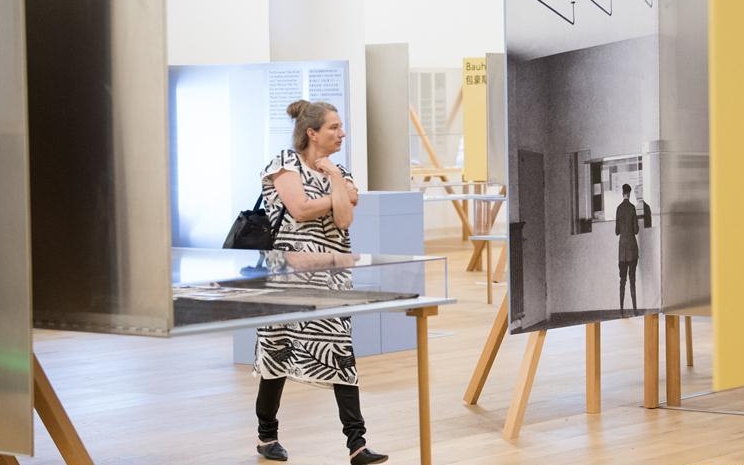 Covering 16,800 square meters, the International Design Museum of China includes exhibition halls, as well as a library, design studios, a children's workshop, a lecture hall and a roof garden.

Located on the Xiangshan campus of the China Academy of Art (CAA), it opened on the 90th anniversary of the founding of the CAA.

The triangular building was designed by Portuguese architect Alvaro Siza.

Yuan Youmin, deputy curator of the CAA gallery, said it was the country's first specialist design museum and was one of the few professional design museums on such a large scale around the world.

On Sunday, five exhibitions opened, including one displaying Siza's designs.

Formerly known as National Academy of Art, the CAA was found by educator Cai Yuanpei in 1928 as the first art academy with complete academic programs in China.

Initially located next to the West Lake at the heart of Hangzhou, it now has three campuses, in Nanshan, Xiangshan and Zhangjiang.

As part of the 90th-anniversary celebrations, a foundation-laying ceremony of the CAA Liangzhu Campus in Yuhang District, Hangzhou, was held Sunday, marking the start of construction of the fourth campus.

At an estimated cost of 900 million yuan (143 million U.S. dollars), the campus will cover an area of 32.2 hectares. It is expected to open by September 2020 and accommodate around 4,000 students, said Jiang Yufeng, vice president of the CAA.

Schools of design, art management and education, as well as an education research institute will be included in the new campus. said Jiang.

The campus was designed by architect Zhang Yonghe with the guideline of "life is education."