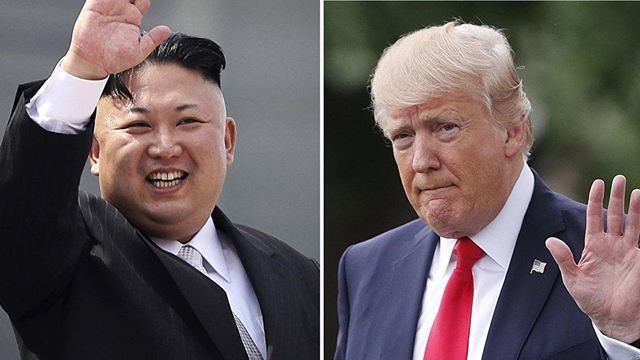 North Korea has promised the US it is ready to discuss the future of its nuclear arsenal when the two nations' leaders meet, US officials say.

US and North Korean intelligence officials are said to have spoken many times, and met in a third country.

The unprecedented summit is slated to happen in May. It will be the first time a sitting US president has met the leader of North Korea.

North Korea had already told South Korea it was prepared to address denuclearisation, but this is the first time assurances have been given to Washington directly.

Details of the leaders' summit, including the location, remain unclear.

Promises, but no guarantees

News of the talks between the US and North Korea surprised many when it broke in March.

It followed a year of threats, personal insults and nuclear brinkmanship between their respective leaders, reports BBC.

It is not clear if Pyongyang accepts Washington's definition of denuclearisation, which for the White House means the end of its nuclear weapons programme.

The North has previously halted missile and nuclear tests during past talks, only to resume them when it lost patience or felt its demands were not being met.

As yet, North Korea has not broken its public silence to confirm the US summit is happening.

However, a series of meetings with overseas leaders suggest that preparations are indeed under way.

In late March, Mr Kim made his first known foreign trip since taking office in 2011 - to Beijing.

China is North Korea's main economic ally, and it was thought highly likely that Pyongyang would consult Beijing before holding summits with South Korea and the US.

South Korea has played a key role in brokering the proposed talks between the US and its northern neighbour.